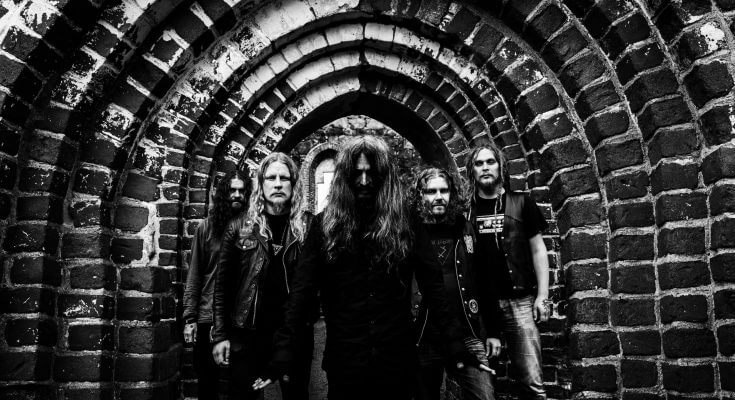 Finnish “dark underlords of psychedelic drone” Dark Buddha Rising return with their seventh album, ‘Mathreyata‘ on Friday the 13th of November 2020 via Svart Records. It is said to be their heaviest and darkest record yet.

The band have released a music video, created by Dehn Sora, for their first single ‘Sunyaga‘:

‘Mathreyata‘ follows the visions that were received from ‘Inversum‘s’ implosion and is the accession of what we invoked with the ‘II‘ EP. Before completing the great circle, all cycles must be dissolved. In the end we are standing at the edge of the abyss with all our previous work as weights, impatient to dive in. We recorded the basis of the album just before the Waste of Space Orchestra project began and mostly because of that, it took a few years to get it finished. Finally the material that we have performed live for several years can be experienced as a recorded album.

Prepare your mind and body for an initiation into the dark arts of ‘Mathreyata‘ on Friday the 13th of November 2020. Dark Buddha Rising have channeled a work for dark spirits and those who seek to travel beyond the unknown.