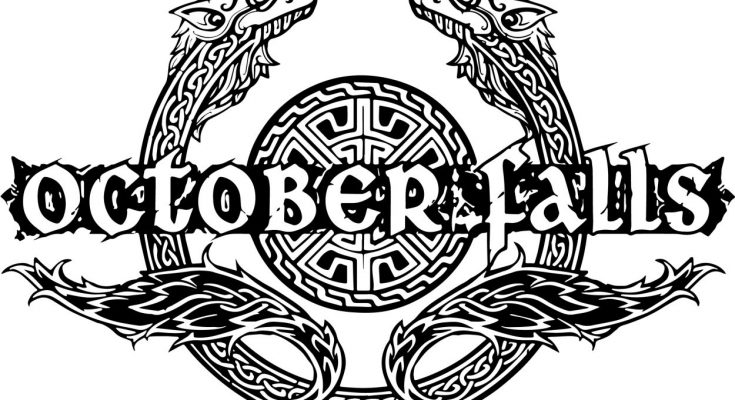 Take the first step with the brand-new track ‘III‘ here:

By now, October Falls should require little introduction. Formed in 2001 by Mikko Lehto and expanding to a full band lineup later on, October Falls have built up a considerable canon of unparalleled power and passion, their epic, folk-inflected black metal both reverential of tradition whilst blazing new trails into the beyond. Amidst their all-enveloping album works, the band have also concurrently released somber fully-folk releases, displaying the depth of their character and the boundlessness of their vision. In short, October Falls have come to represent the enduring face of Finnish nature-oriented black metal.

Just this past May, October Falls released their long-awaited fifth album, ‘A Fall of an Epoch‘, on new label home Purity ThroughFire. Widely celebrated, ‘A Fall of an Epoch’ displayed the “classic” October Falls sound, so it should be no surprise that it’s soon followed by an expression of the band’s fully-folk side. ‘Syys‘ is that record, comprising eight songs in 33 minutes for a fully immersive and utterly spellbinding experience. Even without vocals, ‘Syys‘ shows that October Falls can captivate and subsequently transport the listener like few other bands; even without aggression or normal “metal” instruments, too, the splendorous landscape laid bare before the listener is just as soul-stirring, if not more so due to its sparse ‘n’ Spartan construction. No need for distortion here, nor much beyond an acoustic guitar and extremely subtle atmospheric accoutrements: ‘Syys’ stirringly sounds like its cover artwork looks, a portal to autumnal majesty beyond. Step into the forest and escape from modernity!