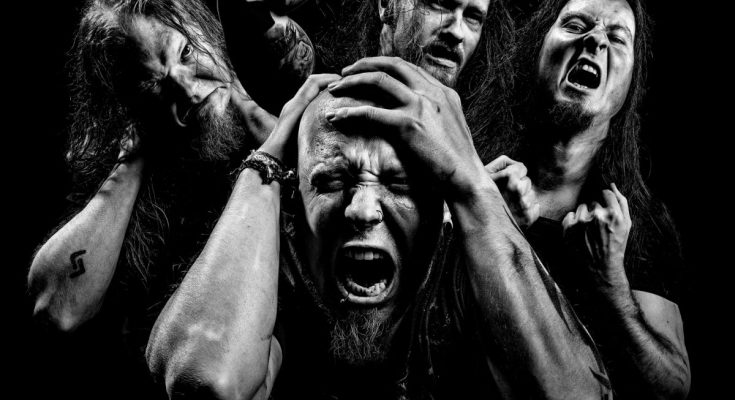 Finnish death / thrash act Curimus are about to release their third full-length, ‘Garden of Eden‘, in October at Inverse Records. Now the band has released a second single the upcoming album. As the first single video ‘Eradication Manifest‘ was a quite “standardish” music video, ‘Ignite‘ is more of a short film.

‘Ignite‘ was written and directed by filmmakers Artturi Rostén and Sara Nieminen, who were given the freedom to create their own vision based on the track and it’s lyrics:

Some references and elements from the themes of the album, snuck their way in the production – on purpose or either subliminally.

After our latest horror story depended on darkness (Don’t Answer -movie), we felt we needed to create a piece set up on true life horror, shot in daylight. Instead of establishing the story on supernatural horror, we wanted to build it on human-based abhorrences and inhuman acts. That’s truly the purest form of horror in our every-day life. We decided to tell the tale through a communal pressure scenario, all wrapped up in music video. It forces you to see the events through the eyes of both; the protagonist and the antagonist. This cinematical and slightly symbolical outcome is one of the best music videos i’ve been involved in – and i’m happy to say i’m not the only one who thinks so.

‘Garden of Eden’ is to be released on 30.10.2020. A few tastings in music video format are to be expected in the next few weeks.