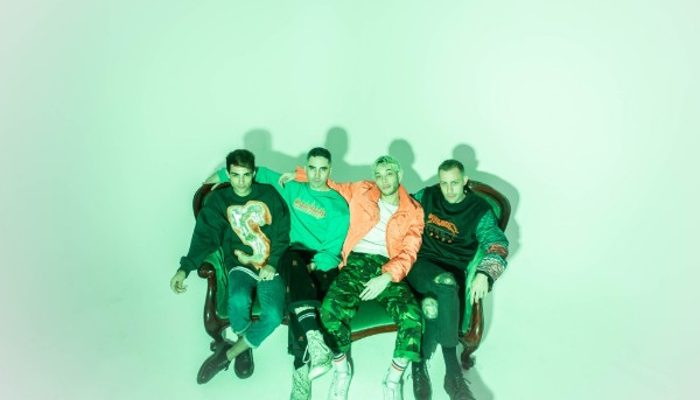 Hellions have revealed the video for their current single “Smile”, taken from their long-awaited fourth album “Rue”, out on October 19th via UNFD. Following on from previously released singles “X (Mwah)” and “Furrow”, “Smile” was born late in the creation process and is a dynamic, upbeat tune built around the refrain ‘I’m ready to run, are you ready?’ that provides a tongue-in-cheek look at the depth of our interactions in the digital age.

“The world as we know it wants to be entertained interminably, and now our entertainment often comes at the expense of our compassion. We’ve all found ourselves speaking in blue, snide language about trivial matters that aren’t of any real consequence to us, asserting invalid opinions for the sake of having our voices heard. Cheap stimulation is addictive and judgemental thinking can take over involuntarily when so much of our mental space is surrendered to it. We seem to be stuck here despite knowing that this thinking and behaviour isn’t conducive to any lasting happiness”.

“Our Director, Aimee-Lee X. Curran, her crew and our cast really helped bring those words and the meaning behind the song to life. It was a pleasure to create and we are ecstatic with the result. The little details in our hero, Danica Burch, and our ballroom casts performances were paramount in bringing this all together. Thank you to everyone involved for such a pleasant and professional experience. We hope Hellions fans enjoy the video for ‘Smile’ as much as we all enjoyed making it!”

How can we overcome our struggles with one another if we don’t fully understand the one raging inside ourselves? It’s this very question Hellions explore on “Rue” and there’s never been a better time for an album that explores this tussling duality the band describe as “the co-existence of a Jekyll and Hyde operating within a person at any one time”.

The tracks on “Rue” are divided into the ‘pessimistic’ and ‘humanitarian’ sides of life, and build upon the marriage of theatrical dynamics and thoughtful lyricism that defined the genre-melding Australian quartet’s critically acclaimed previous offering, 2016’s third collection “Opera Oblivia”. The resulting record is deeper and darker, with melodies that are more beautiful, and riffs that are more seismic.

To bring the remarkable sonic scope to life, Hellions returned to the serenity of Karma Sound Studios in Thailand and their producer Shane Edwards – a man Hellions have worked with for a decade and describe as “our fifth member”. “Rue”is a timely record that calls for an end to complacency. Whether it’s for its remarkable music, or its powerful messages – it needs to be heard.

Hellions –“Rue” is available for preorder via 24Hundred and iTunes. “Smile” is out now and available on all streaming services. 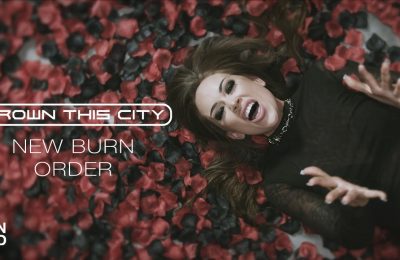