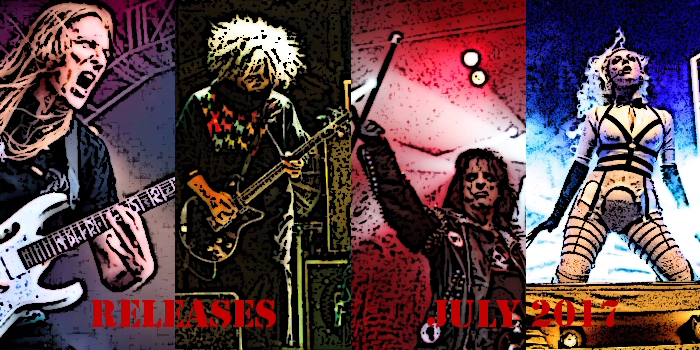 Every year and every month there is loads of rock, industrial and metal that is getting released. Just in case you’d be missing a good one, we’ll be trying to keep you on track by selecting a bunch of releases to remind you of every month! Warning: the dates of release might change still, so if the album doesn’t get released that day after all… don’t shoot the messenger! And even during the busy summer (festival) months, releases are being thrown in our direction…