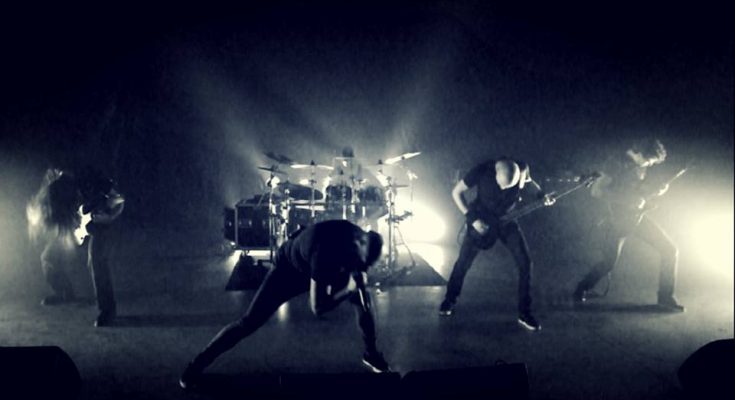 New music video for the single “My Ire” from Reject the Sickness’ upcoming album!

Imagine this: you drive home after work, completely submerged in your thoughts about what happened the past work day. After 5-10 min you return to reality with the sudden realization that you haven’t paid attention to the road that whole time. Imagine that you’re listening to a metal record that overrules your thoughts in a similar fashion and dominates through its music as its message behind the lyrics. This is what is waiting for you when you listen to the new Reject The Sickness album The Weight of Silence, to be released on March 16th via Mighty Music.

The lyrics of the new album give a provocative view on the dark traumas caused during the youth; inspired by work experiences from vocalist Guy in special youth care. The listener gets submerged in a grim fantasy that’ll swallow your thoughts, nestled deep in the hopeless and volatile reality, seen through the eyes of defenseless kids.

The video for the new single “My Ire” symbolizes the textual concept of the band. The clip tells the story of a girl trapped in social isolation and the struggle she goes through to reveal her problems. This is symbolized in the video by the girl trapped in a coffin and bounded by ropes. Throughout the video she struggles with her own life and the fact that she wants to free herself from her social isolation without success. All of this makes her more angry day after day. The visuals used were created by Maria Malika At Work, a video artist with who Reject The Sickness will continue working for the live shows.

More than ever Reject The Sickness manages to bring a mix of styles in a modern package with a strong accent on sound and their “to the point” way of writing. Their melodic death/thrash metal isn’t only inspired by, but also builds further on melodies of Children of Bodom, the brutality of All Shall Perish, the heaviness of At The Gates and the technical abilities of Dark Tranquillity.

The tracks, written with a “less is more” attitude, highlight the immediate impact. With this new album Reject The Sickness makes a big jump forward as driven musicians who perfectly feel the numbers and bring their message loud and clear. That way the band gets the necessary space to develop themselves further and highlight their individuality within the genre.