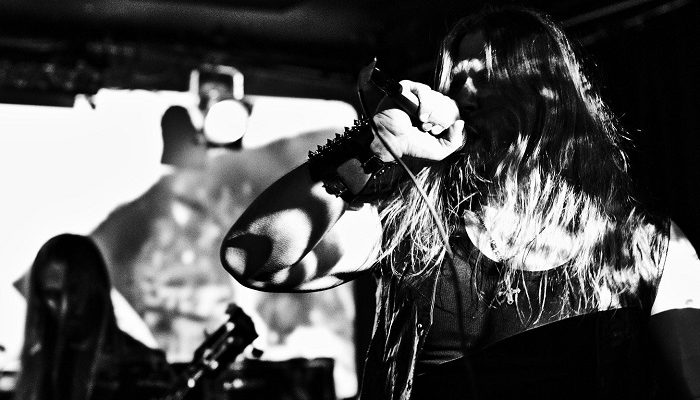 Cold Winds Cleave the Earth boldly and brazenly displays Hollow Woods‘ full potential across its six-song/39-minute duration. Epic but never belabored, physical but finessed, straightforward but never simplistic: no gimmicks, just hateful black metal. Hollow Woods are always working within the framework of devotion to the primal world and nature mysticism; both can be felt, subtly but assured, across the entirety of Cold Winds Cleave the Earth. The artwork and inspiration for the album’s theme stems from Finnish linguist and ethnographer Kai Donner (1888-1935), taken during his expeditions to Siberia.

So pure, so cold, so boundless within its boundaries: Hollow Woods present a new grim majesty with Cold Winds Cleave the Earth.

In the meantime, hear the brand-new track “A Frozen Glance” exclusively HERE, courtesy of NoCleanSinging.com. Also hear the previously revealed “Evergreen Vigil” HERE at Signal Rex‘s Bandcamp. Cover and tracklisting are as follows: