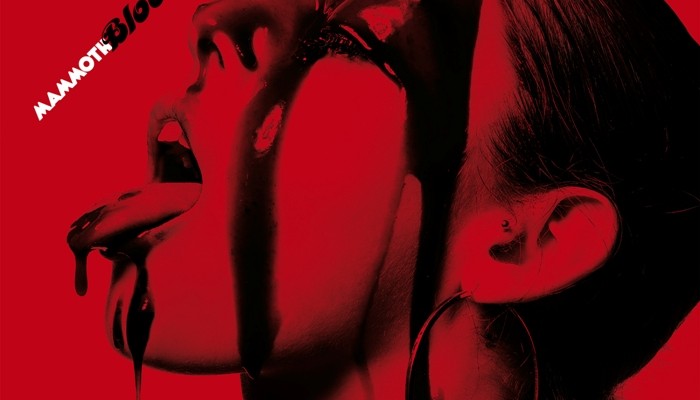 Mammoth Mammoth, the stoners from Down Under have been slowly conquering the world with their relentless sound. After a very successful Volume III: Hell’s Likely, they got approached by Austrian label Napalm Records and are now even more on their way to gather more souls. As the first release on their new home, Mammoth Bloody Mammoth was brought into the world in February. An EP of 4 (too) short songs to showcase their sound that has been described as “Mötorhead doing mushrooms with Black Sabbath at a Butt Hole Surfers‘ concert”. The band itself -rather hilariously- regularly expressed their view on the mix of stoner rock and punk: they say the sound is “more awesome than God’s tits” and “capable of sometimes killing unicorns”.

These Australian animalshey certainly don’t lack in confidence! Seeing as singer Mikey Tucker doesn’t know any boundaries on gigs (read our Dutch coverage of Up In Smoke Vol. VI), I’m truly hoping that they managed to put in some of that energy. As soon as Taste Your Blood starts, there is the fuzzy guitar driven stoner rock that many of us love. Are they doing something new? Not really, I must say. But they use old school feel and sound, inject a bit of modern flavor into it and it sounds awesome, energetic and exciting. After just a few listenings you can easily sing along with the damn catchy hooks in Taste Your Blood and much the same in Drugs. In the latter they crank up the tempo and energy with a more punk infused song. And if this doesn’t get you going enough yet, they deliver you -one of my all time favorite classics- Kick Out The Jams. MC5 would have been proud!

For the closing song Dead Sea they decided to go with a more psychedelic, slow and doomy desert sound. For some it might stick out as a sore thumb. But it shows their diversity in sound and that they don’t need the fast pace to contain tons of energy in their sound. They’re heavy as fuck and ready to flatten you all.

Mammoth Mammoth is really reaching for the stoner top and they’re well on their way. For any fan of the fuzzy desert sound, Mammoth Bloody Mammoth is a release you have to get for your collection. If you need proper convincing still, you can check out the whole album down below. They anyway definitely convinced a new fan here and I’m looking forward to sometime catch them at a concert to dive into their seemingly endless energy. 8/10 for this little snack in-between two full-lengths.