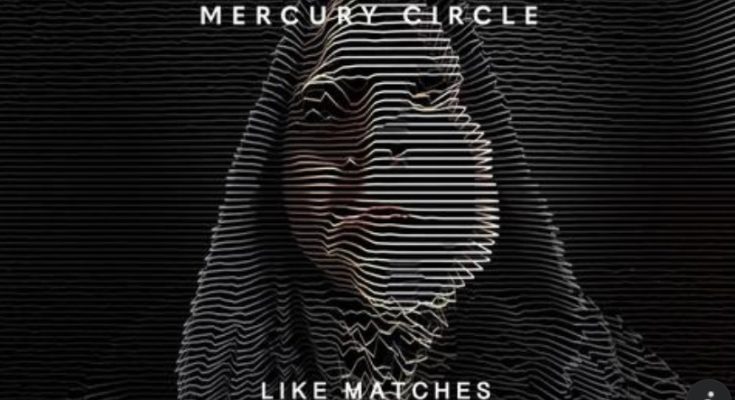 Praised by fans and critics alike for their outstanding 2020-EP “The Dawn of Vitriol“, Finland’s MERCURY CIRCLE have unleashed their hotly anticipated debut full-length record, titled “Killing Moons”! With 10 brand new tracks spanning over 63 minutes, the band’s brand new record is a deeply powerful and majestic piece of music – truly representing a genre of its own – and one that will take the listener on an all-absorbing trip into yet unimaginable spheres.

In support of the new album and to celebrate the release in glorious style, MERCURY CIRCLE just shared a new video clip for the track “Like Matches”, with a special guest appearance by none other than Cammie Gilbert of mighty Oceans of Slumber.

Founded by producer and musician Jaani Peuhu, who paused his activities in SWALLOW THE SUN for the band’s upcoming album cycle in order to fully concentrate on MERCURY CIRCLE, the Finnish five-piece is by far no stranger to the scene and features former and current members of well-known acts such as CHILDREN OF BODOM, TO/DIE/FOR, HANGING GARDEN and SLEEP OF MONSTERS. Thematically inspired by daily life with all its dark facets and challenges, “The original idea for the album concept was to make it some kind of a gateway that opens up a path away from everyday life leading somewhere where we can be free from all the stress, grief, Corona or any other worldly worries” Jaani Peuhu explains.

“This idea of escapism is very basic and true to music, but it turned out to develop a deeper and more complex meaning for me during the writing process. I had to cope with the difficult reality that my father, a brilliant musician himself, was no longer in this realm anymore because of Alzheimers disease. I often wonder where he is, roaming in his own head. I imagine that he is free to travel in space and time and do whatever he wishes there, like destroying planets or having a good time in a spiritual world… all while this disease is erasing a lifetime of memories. Many of us are looking for ways to flee the state we’re in, others don’t have the choice to stay, and even more so, can’t find the way back to the everyday life because they can’t remember it. This is where the term Killing Moons comes into play. It is derived from Echo & the Bunnymen’s The Killing Moon. It had been sitting in my head for a long time and transformed into one of the album’s most personal songs a bit by accident. When I sang the first demo songs in gibberish English, the words Killing Moons made its way into the lyrics and somehow started to resonate with me: The MOONS as a measure of time and the KILLING as a way of erasing the lived years – or the escape from everyday life, as in killing time by reading a good book. As a band, we also created a strong visual story around Jaska’s interest in space and science, as well as around my way of living with energies, spirits and occults. Our daily lives with losses and broken hearts play an important part in our music and lyrics and those concepts help when thinking about what we want to say with our instruments and arrangements.So, you can think of the album title in terms of my personal story, but honestly, I’d rather you create your own story and world with us.“

“Killing Moons”, the debut album by MERCURY CIRCLE, is out now on Noble Demon and available for purchase at THIS LOCATION