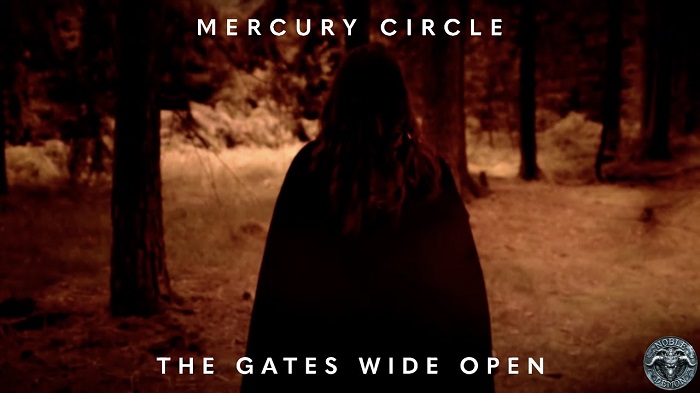 Born as a brainchild in 2018 by ICONCRASH‘s and SWALLOW THE SUN’s Jaani Peuhu, and featuring members of CHILDREN OF BODOM, SLEEP OF MONSTERS & more, October 8th will see the release of “Killing Moons“, the highly anticipated debut album by Finland’s very own MERCURY CIRCLE. Featuring ten enthralling tracks, which differ wildly in expression and sonic aesthetics, the band’s upcoming record is a deeply powerful and majestic piece of music, truly representing a genre of its own. Dark metal infused soundscapes with powerful synth and electro waves are the breeding ground for a unique journey filled with painful departures to new beginnings, a spectacle in which hope and promises echoing loss and regret.

In support of their upcoming album, MERCURY CIRCLE just shared a new and epic lyric video for the track “The Gates Wide Open“, streaming here:

“I wrote this song as the opening track of the album so it has this long hypnotic intro which introduces the atmosphere of the whole album. It puts you into a mind-travelling state and takes you on the journey that is ‘KILLING MOONS’” band mastermind Jaani Peuhu states