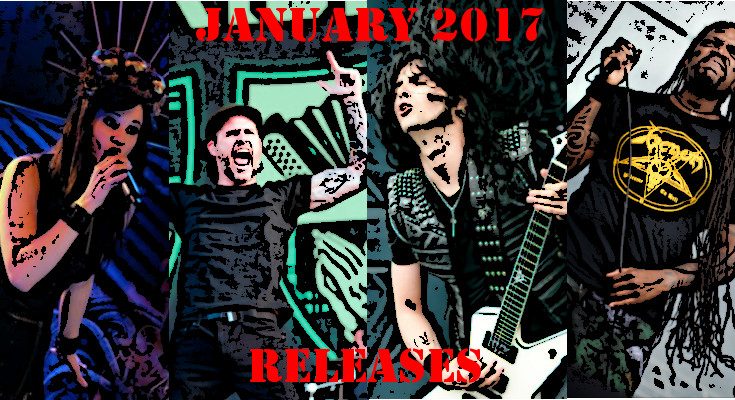 On January 6th, we get a serving of good old folk punk by Dropkick Murphys with their 9th album 11 Short Stories of Pain & Glory, to be released on their own label Born & Bred Records.

January 13th delivers very different releases: German heavy/power metal band Grave Digger releases their 18th record Healed by Metal through Napalm Records, progressive rock from Swedish Pain of Salvation with In the Passing Light of Day on Inside Out Music , Finnish hard rock from Damage Limit and a release through Secret Entertainment: Crank. There’s black metal in the form of “trve cvlt” comeback album Black Harmony by the Fins of Thyrane through Woodcut Records and Brazilian thrash/death metal giants Sepultura will be releasing Machine Messiah through Nuclear Blast Records.

January 20th shows us AFI from alternative rock band AFI and Vessels from alternative rock band Starset, both coming through Concord Records, power metal from the Italian outfit Firewind with master guitarist Gus G behind the controls will turn up with Immortals through Century Media Records. And for those who have a need for more blackness in their lives, can turn to Norwegian viking black metal band Helheim, that releases LandawarijaR through Dark Essence Records!

And lastly, on January 27th we get our portion of old school thrash metal from German Kreator and their release Gods of Violence through Nuclear Blast Records and symphonic female fronted metal from fellow country men Xandria, releasing album #7 Theater of Dimensions on Napalm Records. On the darker side of the metal spectrum, we find (also German) black metal band Horn and Trum Am Hang on Northern Silence Productions and critically aclaimed French post-black metal band The Great Old Ones with EOD: A Tale of Dark Legacy on Season of Mist.