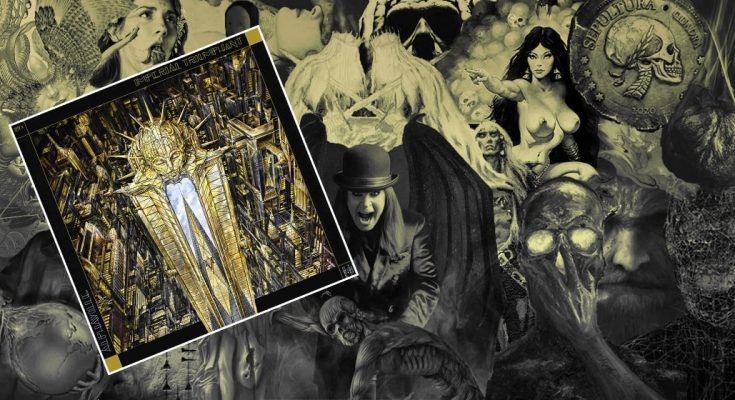 Miele Krieg’s albums of the year 2020

Here we are again. Should we want to remember one thing from 2020, make it the vast amount of great releases we had the pleasure of welcoming with open arms. These are my top picks for this year:

Made of members of Primitive Man, Blood Incantation and Spectral Voice, those who reside within the genre know what I’m talking about: Black Curse’s debut album. Endless Wound is a merciless, chaotic and skull-crushing piece of nihilism that combines death, black and doom metal in all its glory. For fans of aforementioned bands, but also other abominations like Revenge.

Afsky is a Danish black metal solo project about death, despair and the Danish history, signed to Vendetta Records, founded by Ole Pedersen Luk. We were supposed to see mister Ole Pedersen in April with his other band, Solbrud, in Magasin 4 (Brussels, BE), but due to obvious reasons, that event couldn’t take place. Luckily there was Afsky’s second full-length, Ofte jeg drømmer mig død, to our rescue. This whole album contains a beautiful darkness and melancholy, expressed with ice cold acoustic passages, then transitions into dark film scores, followed by blast beats and compelling riffs. By dousing all of this in dense, depressed vocals, Ole Pedersen truly gave a voice to this band. For fans of Solbrud ofcourse, but also Wiegedood, Burzum, Mgla and rather melodic Scandinavian metal in general.

Occult black metal hailing from Colorado and forged by mastermind and multi-instrumentalist Naas Alcameth, Akhlys have caused a stir since the release of ‘The Dreaming I’ in 2015 and with Melinoë, they put themselves at the absolute top as for horror black metal. This is how you do it, Carach Angren…

Perhaps Serpent Column‘s album succeeds to describe the ongoing scenario of the pandemic the best. Constant fluctuations and dynamism go on and on throughout this 46-minute monstrosity while, my personal favorite, peaking at ‘Dereliction’. This band leans towards the earlier described Black Curse, but possesses the strength of really invoking a feeling of bleakness and emotional instability and trauma. Something terrible must’ve happened to Theophonos, sole and founding member, and we love it.

Icelandic/German pagan black metal act Árstíðir lífsins about Old Norse literature & history are already back with the sequel to 2019’s Saga á tveim tungum I: Vápn ok viðr. Again, filled to the brim with epic, majestic but sombre choirs, orchestration and thoughtful moments. This band is signed to Ván Records, which already means quite something. This band, and in particular this album, really excels in its genre and can’t be directly compared to other bands, other than bands with common members i.e. Carpe Noctem and the mighty Helrunar.

Minimalism, pain, triumph. Three key words in honor of the founding of Dutch black metal band Fluisteraars back in 2009. We’re halfway the AOTY-list and this band simply deserves to be at this spot. The Dutch black metal scene is growing extremely strong and with just these 5 songs, this formation has definitely upped the ante as regards releases from the Netherlands, and we’ve had a lot this year, such as Vuur & Zijde, Silver Knife and Shagor. Enjoy those coming wintery days with a glass of wine, accompanied by Fluisteraars, and, talking about winter, be sure to check out the upcoming band as well.

This is the first full-length since the foundation of this band in 1997 by Wintherr, sole member of Paysage d’Hiver and part of the legendary Darkspace. This release has exceeded all expectations by its icy atmosphere and everything cosmic black metal should consist of, turned up to its maximum potential. Insomniacs, I’m looking at you!

3. Ulcerate – Stare into Death and be Still

New Zealand technical death metal formation Ulcerate are back, and they have struck hard. This release has popped up in the year list quite regularly amongst black & death fans, and particularly for fans of Deathspell Omega, Gorguts and even the filthier Portal or Wormed. There are only little bands that dare to experiment with their already extremely dense sound like this with every release. This album stands like a monolith and is a new standard within the dedication of dissonance worshiping. Everything from artwork, to song titles, to philosophy and lyrics is just so well thought through. This is one of the only, if not the first time, they have released an official video for a track, and it is simply perfect. Give this band a try.

Nero Di Marte are an Italian quartet originating from Bologna, and with the signing of this band by Season Of Mist in August 2019 and the release of ‘Immoto‘, they have captured their well-deserved spot in the headstrong world of progressive and dissonant metal. Immoto is an extremely dynamic album that spits out both pure filth and perfect harmonies that result into vicious grunts as well as virtuous laments. Keep an eye out on these progressive post-/death masters.

Let 2020 be remembered as the year of the monumental releases. I have the feeling this was Imperial Triumphant’s breakthrough album by grabbing the music world and industry by its throat. This is almost unbearable to listen to. This extreme form of metal switches from black to bluesy and jazzy influences and then returns to grind. The band has dedicated a lot of time and effort in creating a sinister aesthetic that is beyond dissonant that shows absolutely no mercy. This album truly is a terrible experience that’s going to stomp you right back across the Atlantic, into Times Square in all its glory and magnificence.