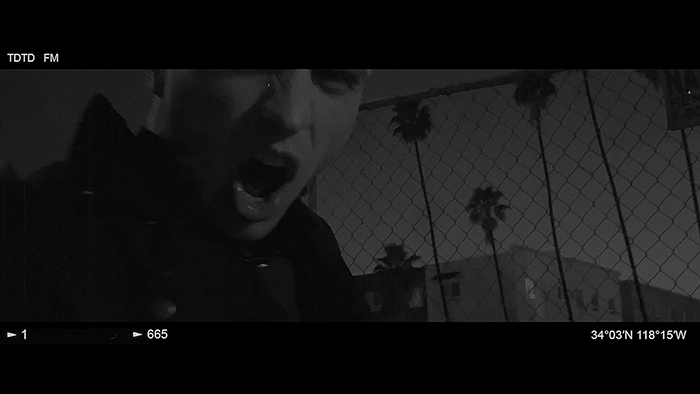 One man, one vision. Many years after the debut “Murder On The Dancefloor” Too Dead To Die returned with a new album „Tropical Gothic“ to unify the traits of the acclaimed debut with the new way of expression with a Caribbean flair to the classic Too Dead To Die sound.

“This song about being focused on your journey. ppl used to tell – impossible, never, stupid. But they do that just bc they gave up, bc of their own sad experience. so even if you’re alone, even if you’re against everyone – that’s fine. Go ahead and prove them – they are wrong about you, about your way. And don’t forget to have fun,”

says the mastermind of Too Dead To Die, who recorded this song with the Russian project FREAKY MIND, it was their first collaboration ever.

The Too Dead To Die leader states further about the creation of the music video, that when he moved to LA one year ago,

“this place has incredible energy. so many ppl come here for their dreams in art and cinema. I wanted to use this idea and aesthetic.”