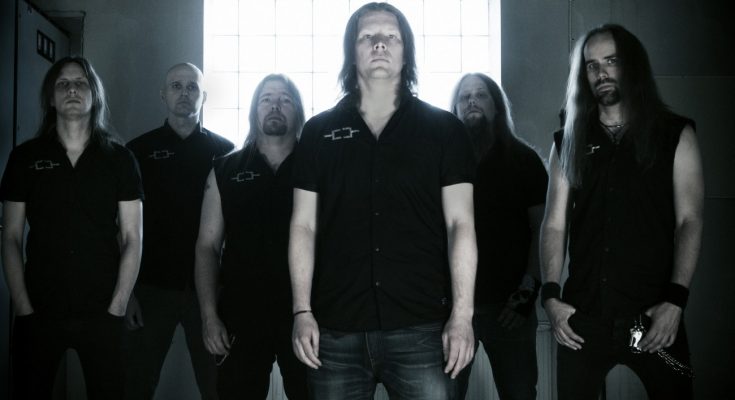 During their Arctic Circle Alliance tour with Skálmöld and Stam1na, I had the opportunity to catch up with vocalist Jukka Pelkonen and guitarist Markus Vanhala (Insomnium) from the band Omnium Gatherum. The gig took place at the fuifzaal Élysée in Ostend on the 28th of October.

You recently released a stand-alone track called Blade Reflections. How has the response been?
Markus: It’s been pretty good. We’ve only now been playing it at gigs on this tour and people seem appreciative of it. It’s an upbeat moshing song and the energy we get from the crowd when playing it is really good.
Jukka: I think it works as a song when you listen to it at home but it’s been really good playing live because, as he said, the energy level is so high. It’s also a new song so it’s nice to bring forward something different.
Markus: It’s not exactly a new song. It was already recorded with the Grey Heavens session, but we wanted to have that “buying time” release in between the albums as well.

And why did you find this the right time to release it?
Markus: Well, it was kind of a promotion song solely for this tour. And of course nowadays with social media, it’s good to have some reminders of yourself to let the fans know you’re still around. The problem is that these days everything is getting so old so fast. It’s important to bring out new things every now and again.
Jukka: It was also important for us. Because our next album is to soon be released with Century Media, we decided to bring out something before heading into the studio begin January. It’s always nice to be able to give something to the public before anything like that, to get them ready for the next release.

Are there any specific subjects you’ll be approaching? Since Blade Reflections was about suicide..
Jukka: Well, it was against suicide and suicidal thoughts and such. If you compare it to that kind of mindset, it could have a little bit to do with it. Not strictly suicide but more as in there being a lot of turbulence in the world. So we’re kind of contemplating the fact that the world might be slowly committing one. There’s all these migrations and eco-catastrophes going on and those are things that make us think about it. Mind you, it still has the Omnium Gatherum wider perspective of everything and it’s not political. It’s not really a theme album but it’s something in that sense. If that makes any sense..

There are a lot of people saying you’re implementing more and more progressive sounds in your music. Are they wrong?
Markus: I don’t understand that really. People always enjoy steal-saying that we are getting more progressive. I actually think we’re getting less progressive with every album as far as I as a song-writer think. I’m just trying to write more easy to understand songs but I just keep getting this progressive stamp every now and again. I can say though that the second album, Years in Waste, was perhaps too  progressive.

Ah, so it’s not something you’re trying to encourage..
Both (straight away): No. (laughs)
Jukka: We like to keep the songs straight forward but with hooks in them so they  are kept interesting.
Markus: In that way, Omnium Gatherum is still a “musician” band. The song structure isn’t that difficult but the songs themselves are. It’s really guitar orientated and if you can call that progressive then maybe it is.
Jukka: That one word as well “progressive”, makes people immediately think about Dream Theater styled music. Really difficult songs that aren’t monotonous at all. I however think it stands for bringing something new. To bring something new to the genre so to speak.
Markus: Yeah, for example, in the 70’s Pink Floyd was considered progressive and that’s pretty far from Dream Theater.

Having been an active band for the past 21 years, how has the band evolved?
Jukka: The maturity is definitely present since we’ve all gotten older. (laughs) But I think the really -mainly- touring life of the past 5-6 years has also affected the music as well as the band chemistry. Mostly in a positive way since we’ve been trying to bring the music forward to the live performance. I think it’s done a lot of really good things for the band emotionally.
Markus: Exactly, after all these years, we know how the procedure goes and everyone knows what everyone else is thinking.

Is there anything you would like to say to our readers?
Jukka: Come to the shows and enjoy yourself!

Short and sweet! Thank you very much for the interview! 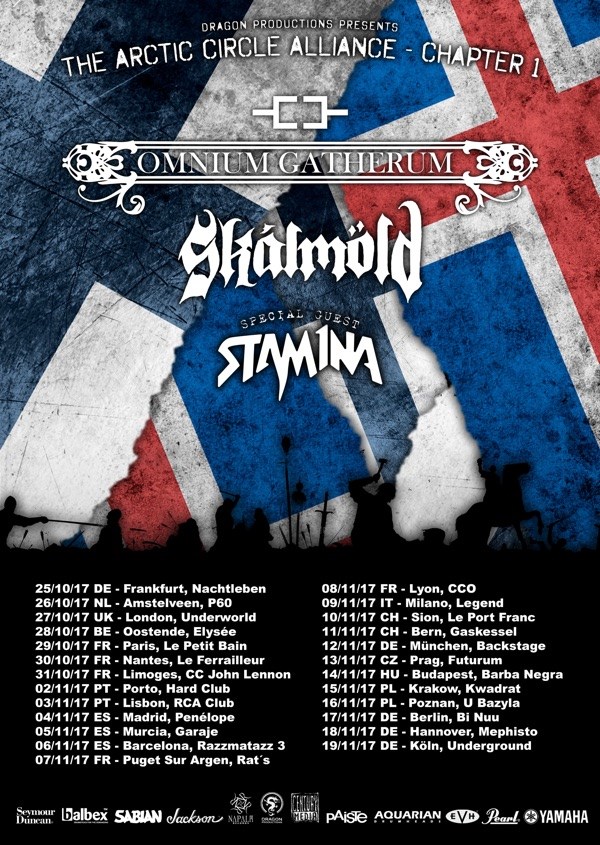 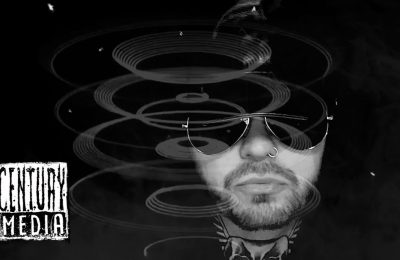