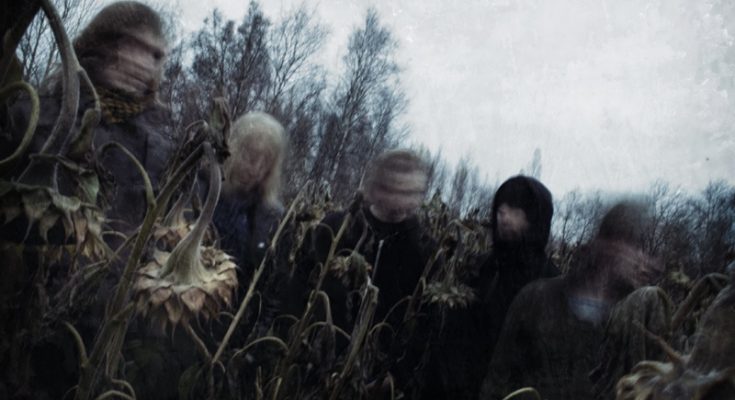 Finland is THE country of metal and quite often you get music from a more experimental corner that takes anyone by surprise. Besides some commercially really huge metal bands, the country has a blooming underground scene in which “Finnish black metal” has a quite prominent spot. Most of the bands and artists in the Finnish black metal scene all have one thing in common: they do things their way and their way only. This brings quite regularly very distinctly different and high quality stuff. One of these bands that sought to go beyond the “rules” and “limits” of the music is Oranssi Pazuzu. Their psychedelic black metal music is a mind-blowing and hypnotizing portrayal of the cosmos and beyond. So when they stopped by Tuska Open Air in Helsinki, I knew I had to try to get a chat with one of the guys. In front of me I got a clearly exhausted (and slightly inebriated?) co-founder and bassist Ontto after they got to the festival straight from playing a show at Roskilde in Denmark:

Nice to meet you! How are you?
I’m good! We just went on stage and… it was pretty chaotic but it was good in the end. Nice audience and nice venue, I enjoyed the show a lot!

Cool! I was surprised how full it was!
Yeah, me too!

Your music is of course completely different, but having to play at the exact same time as Apocalyptica, I didn’t expect it to be as busy as it was at your show…
Yeah, me neither. I guess the music appeals to different people…

I’ve heard that you just came from Denmark (they played at Roskilde, FYI). How was it there?
It’s been a pretty hectic weekend for us. We played first at Provinssirock on Thursday and then flew to Denmark and played at Roskilde Festival. It was nice. You know, it’s not a metal festival, there are a lot of different bands playing, but I like that because it gives opportunity for really different people to see the band. It’s always interesting to play at places like that. Of course we played at the smaller stage, but it was really nice!

Your music is kind of special with the combination of psychedelic stuff and black metal, I’m guessing you’ve been asked this a lot already: what would you call your main inspirations of bands or artists?
Well, if I have to name some bands, I’d say from the more “metallish” side, Darkthrone is a huge influence for me and many of the other guys too. But then we also like progressive, seventies’ jammy stuff and psychedelic music… so the Finnish band Circle is a huge influence. They did these hypnotic albums in the nineties and they also had this “cult” atmosphere in it. It wasn’t super “metallic”, but anyways kind of in the same direction. So it’s a mixture of a lot of things…

I’ve also read that for some of the songs of your last full album you were somewhat inspired for the more heavy parts by the more recent band Ævangelist…
Oh yeah, Ævangelist! It’s a cool band! They do this like really insane chaotic sound. And I think there are some similarities with us. But I think we’re a bit softer than them, they’re like so “in your face”.

I’ve heard that you’d possibly be working together with Matron Thorn (from Ævangelist) for some kind of release?
Yeah, we’ve been talking to possibly do something together, maybe doing a split or something like that. But we don’t have any concrete plans, but we’ll see what we can work out!

We’re a bit familiar with him and when we noticed your keyboardist using his microphone on the keys to make a certain sound, we immediately were like “yeah, that really fits with his style of making music!”
Yeah, it’s not about the harmony, but all about the atmosphere, the chaos… how the music like drains you and takes you in this kind of state.

Now recently, you guys released a new EP with about 2 songs?
Yeah, it’s 2 songs. One of them is a song we recorded for our 3rd album ‘Valonielu’ that we left out of the album because it somehow felt a bit different than the rest of the songs. And then we had this other song with also a bit of a similar vibe, so we thought that would make a nice pair. So we eventually ended up recording the other song in our rehearsal space and those 2 feel kind of right together.

Great. And how has the response been to the release?
I don’t know really. It was supposed to be this 10″ vinyl and a kind of specialty thing. I think at least some people think it’s good (laughs)

Your work seems mostly inspired by the cosmic scale of existence, how do you manage to really contain that in your music and lyrics?
I think the cosmic approach in the music is the cosmos inside your head. It’s about the existential feeling of being in space and taking all the dark and brighter things in… I think the space theme in the music is only a metaphor for your mind.

You also do quite some crazy things in your music on the records, that seems like it might quite the challenge to play live. How do you tackle that?
Well, we kind of have different layers in the songs and there is this kind of more fundamental grounding layer that is more riffs and more like old school heavy metal and that jamming stuff. And there’s this other ambient layer that is completely like not harmonic or riff based. We just combine those things to how the song feels like it needs to be combined.

Do you have to play the songs a bit different from the record to accomplish the same effect or do you actually manage to get quite close to the record sound?
Actually, we record the albums in such a way that we do a lot of live recording and add touch-ups or sounds. But I think the music is pretty much the same live as it is on the studio albums because of that. Of course on the studio albums you can tweak and adjust small things, but yeah…

You also chose to do your lyrics in Finnish?
Yeah, we decided when we started. It was only the natural way for us to do this thing. We didn’t really think about it too much, we just wanted to make this kind of music. And write some lyrics that are in Finnish. We actually never thought we should use English because it would have been kind of… well, it could work. I don’t know, but it’s just the way we chose.

I talked with a few Finnish musicians about that and that they for some things use Finnish because they wouldn’t be able to say the exact same in English, do you feel the same about that?
I think because it’s our native language it’s anyway easier for us to express ourselves in it. But yeah, the lyrics are pretty ambiguous, there are a lot of different meanings in them. It would a bit hard at least for me to translate it to English and keep the meaning.

Personally I also think that using Finnish in black metal is a pretty good fit, it can sound really mean and almost vicious in that genre.
Yeah, there’s kind of a rough quality to it. It brings a lot of characteristics to the music.

Do you have anything planned in the nearby future?
We’re now playing these Summer shows. We don’t really have any new material right now, but we’re going to take a break and then start brewing some stuff.

Sounds like a plan, anything you want to add still to conclude our talk?
Well, not much. But I would say “keep your mind open and experience new things, keep it interesting…”