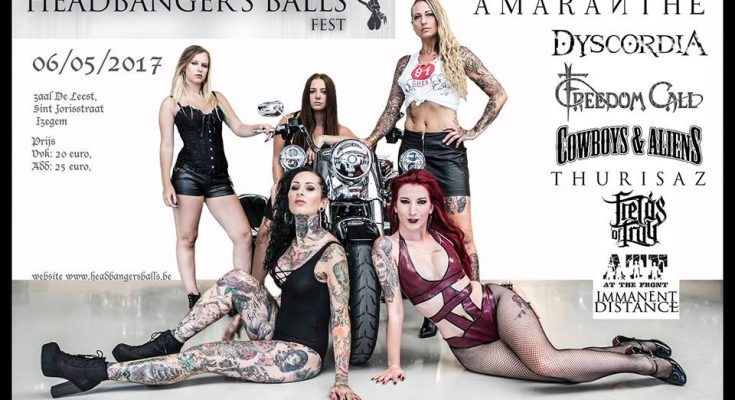 In a few weeks the new edition of the one day Headbanger’s Balls Fest will take place in Izegem, Belgium. They’ve gathered a very impressive line-up with national and international bands like for instance headliners Amaranthe (for more information go check out our news article here or their official site here). To give them some more time in the spotlight as part of our “support your locals” mission, we turned to Jurgen Callens, one of the organizers behind this small yet high-quality festival to have a little chat about how things are…

Who are you and what drives you?
Hi, I’m Jurgen Callens, one of the organizers of Headbanger’s Balls Fest. What drives us is a common passion for heavy music in general, varying from glam over stoner to black metal.

How did you start with Headbanger’s Balls Fest?
Headbanger’s Balls Fest started as a small private party with one local band and a dj-set afterwards, which turned out to be a small success. Instantly we made plans, at the bar, to plan such a thing again in the future, but with more bands and in a slightly bigger venue. After 5 years we are still doing it, every year a little bit more intensive and larger.

How did you guys come up with the idea or concept of the event?
The idea comes from the legendary MTV show Headbangers Ball, one of the last big metal and hard rock shows on television that gave a platform to our favorite music. We realized we couldn’t steal the name so we bastardized it a bit. Thanks to our designer who made the logo for our posters and website. The guy who made it is a tattoo artist and from there we also started the concept with the tattoo models in our team. We try to promote our bands and event in an eye-catching visual way.

Is the old MTV show an inspiration for the name and if yes, what drives you to use it?
Yes indeed! I was a big fan of the show back in the days and I got to learn a lot of new music through that channel back then. Now you have the internet for such things, in that period you only had radio and some music channels.

Why do you use those ladies in the promo and nothing else?
It is all part of our initial concept. Starting from our logo in a tattoo shop, and meeting up with the models at conventions. We interpret it that ladies can have some serious balls to and are part of the modern day way of metal. It also helps the guys look at our posters more closely than a common black and white poster also. First we had girls and fast cars, now we have girls and bad-ass motorcycles. 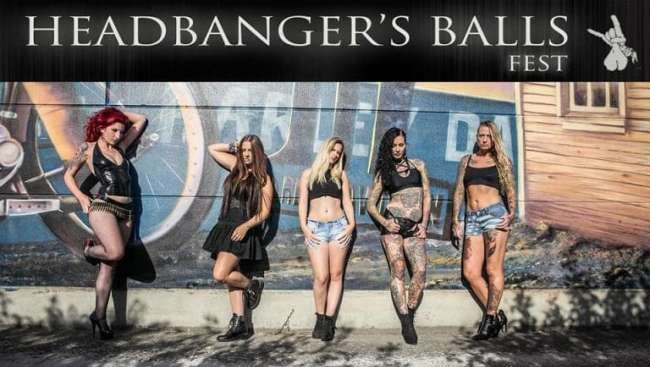 What is the vision behind the choice of bands/what kind of genre do you want to offer the visitors?
Well, as we are fans ourselves, we like to program bands we like too. But first of all our main intention has been to give talented Belgian bands a platform. There is so much talent in Flanders that deserves more than to play in a small bar, before a handful of spectators. But we are aware that a bigger public wants bigger names too. With that in mind, we look what bands are affordable and willing to perform on our stage.

How are you able to get those big names for the bill, like last years exclusive Evergrey show?
Those are wild shots we take. I had met the guys from Evergrey at previous shows and we were already friends on Facebook. I made an offer which they refused, but they were willing to talk and from one thing came another and they came for an exclusive show. It really was a night to remember. Great guys, with great hearts. Same thing for Amaranthe this year. Things could be arranged quite quickly.

Are there any difficulties you’ve struggled with often/every year when organizing the event? Any tips for aspiring organizers?
In the meantime I can give dozens of tips. We started from scratch also, not knowing where things would bring us. But what is most important: you have to form a strong team where everyone knows their place. Of course, we have our differences in opinion, but don’t we all? And also, take one step at a time, when you aim too big, you can fall low. We always take one step at a time, without taking too much risks in everything we do. Don’t spend money you don’t have, haha.

About this year’s edition: why did you change location? Is it an improvement in your eyes and if yes, why?
It is an improvement in every possible way: a bigger venue, lots more parking, more space for catering, much better acoustics inside, better facilities, … But it is a first time there, so it is excitingly new for us too.

Are there any more changes/improvements compared to last year that we can expect this time around?
If it will be better? We will only be able to tell on the moment or afterwards. We made proper deals with everyone. Instead of one caterer, we have three for instance. We will have a small metal market and even a barber shop. More space for merch for the bands also and hopefully some nice signing sessions. We provide more local crew too so we can be able to help everyone in a decent way.

To which shows of the upcoming edition are you looking forward the most?
I have seen pretty much all bands live before. I already know all Belgian bands provide a killer show and everyone should come early to check them out. But I am very curious to see some songs of Freedom Call and Amaranthe’s set. They blew me away at Graspop, Skullfest and at Biebob last year. So pretty much every single band is worth checking out.

How big is your ambition? How much further do you want to grow still?
You know, we are pretty much satisfied the way it is right now. There aren’t much more bigger indoor venues in the area and we don’t want to go outdoors. We also like the coziness right now, where we see a lot of familiar faces, friends and true supporters. We also have daytime jobs, and even now it takes in a lot of our time. We don’t want divorces in the near future, haha. But on the other hand: ambition is good and necessary to go on. We’ll probably evaluate things again after this year’s edition.

Big thanks for answering our questions. The last word is yours: anything to add still or tell our readers?
Thanks for this interview, people of Grimm! Come see the festival, drink lots of beers, meet friends or make new ones and unite in a way only metalheads can. See you on the 6th of may. But make sure to buy your tickets in presale, they are selling fast and probably the edition will sell out again.

GRIMM Gent will be there for sure and we hope to see you there, for the Facebook event, go here. If you still need convincing, don’t hesitate to go check our (Dutch) coverage of last year’s edition here or watch the aftermovie down here: 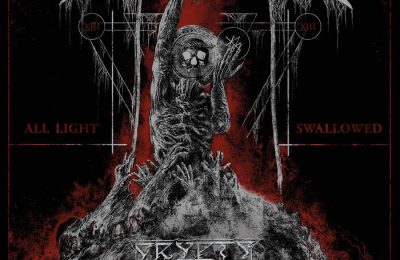