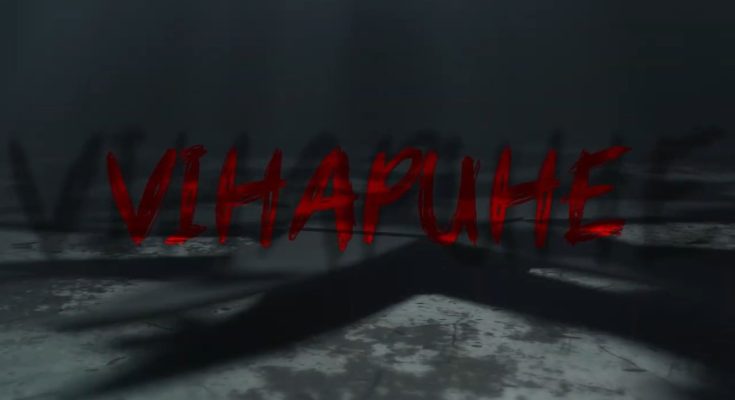 “Vihapuhe” (hate speech; English translation) is the first single of i Helvete’s upcoming debut album “SINISTEN PUIDEN NIITTY“. Combining heavy riffs, beautiful melodies and harsh/growl vocals, the band has the sound of their own. Finnish lyrics make the music even more unconventional.

Their concept album is about the struggle for survival of an individual’s life. In the story, this person has to question his own meaning in this world. Band’s singer-guitarist Aleksi Mäkelä comments the album:

“It took some time to write the album. I wrote these six songs over two years. However, the album’s theme and name were already known before any notes were written. The intention was to make a seriously poetic, raw, yet beautiful album. Vihapuhe was a perfect single because it includes all these elements. It was also a clear single choice just because it is the shortest song on a record with pretty long songs.”

i Helvete has grown to a full line-up after their debut release “Pimeyden Ytimessä / Umpikuja“, which was released in 2018. After a long break of writing new music, the band released a cover of Bathory’s Twilight of the Gods last month.
“SINISTEN PUIDEN NIITTY” will be released on 26th November. Before that, another single from the band is promised. The album has been mixed by Teemu Aalto and mastered by Samu Oittinen. Both of the sound engineers are known for working with big Finnish metal bands like Insomnium.