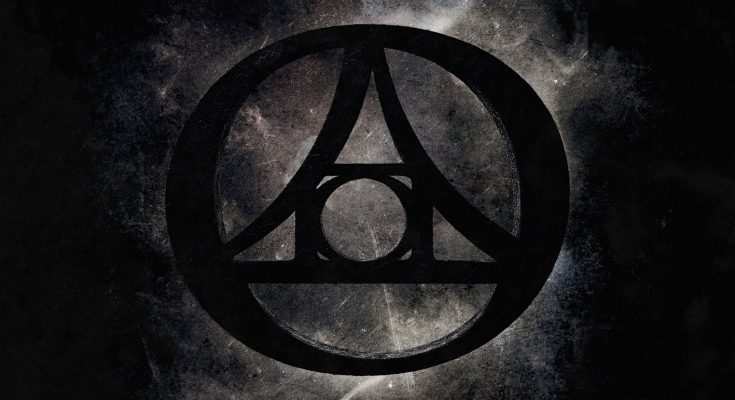 In the whole uprising of women in metal to be musicians and/or vocalists that are as respected as their male counterparts (finally, thank God), you’d almost forget that there are a bunch of bands that have been paving the way for quite a while already. One of those bands that have been very consistent in their outputs, is the Canadian band The Agonist. Since the arrival of Vicky on vocals, they’ve been steadily growing both in following and quality of their work while all the time staying true to themselves. Now, in the midst of what feels like a metal (r)evolution, they’re back with release number 6: ‘Orphans‘.

Album opener ‘In Vertigo‘ has a quiet and dreamy sounding intro that suddenly bursts into a symphonic death metal onslaught reminiscent of Fleshgod Apocalypse. Then Vicky‘s nasty and rather gnarly sounding growls join the battlefield and you immediately know these guys mean business. After half a song of this madness, the tempo changes suddenly and Vicky brings out her clean vocals that are damn smooth, soothing and simply pleasant to the ear, then shift back into the earlier heavy sounds and end with some beastly deep growls you wouldn’t expect to come out of someone that looks like her.

The quality of music in The Agonist is pretty astounding within its own genre. There is not a single track that feels out of place and every tempo change, instrument, mix et cetera comes across well balanced and extremely well thought through. Even the switches between harsh vocals and clean vocals, for added melodic value, never pulled me out of the vibe of the particular track. It just all matched and clicked together like a puzzle. I’d assume the experience and songwriting skills really come to show in this. Also the songs all feel like they sort of have their own identity while still belonging to the overall entity that is ‘Orphans‘.

You can make one observation though where they seem to have on the one side symphonic death blasters with melodic parts where the clean vocals shine, but focus mostly on atmosphere. Some class examples are, besides the openings track, ‘The Gift of Silence‘, ‘Dust to Dust‘ and especially title track ‘Orphans‘. In that last one you get some of the sweetest cleans Vicky has in her arsenal combined with cleans with an attitude and the return of those deep growls she somehow can muster up in combination with her rather snarling harsh vocals. The composition of every song is appealing and engaging, keeping you invested in the album.

On the other side they regularly have those kind of tracks where the melodic part gets more of a shining role and the feeling of unity, empowerment and getting ready for a fight more than once surfaces. Tracks like the pounding ‘As One We Survive‘ with the lines ”We suffer as one, as one we survive.”, the strongly old school heavy metal influenced ‘Blood As My Guide‘ with the lines ”I will survive, at the end of the tunnel there is always a light!”, the moshpit inducing and progressive sounding  ‘The Killing I‘ with the lines  ”Sink your teeth into the pain, so you can feel inspired!” and the literal churning burner ‘Burn It All Down‘ with the lines ”Burn it all down so at last we can see the sky.” are all one for one easy highlights on the album and tracks that the fans will be shouting and singing along to at full force.

Even though they have quite a fan base in the mean time, it always felt like this band has been very underestimated throughout most of their career. They really stepped it up this time and seem to have gone to the next level. Releasing ‘Orphans‘ at the same time as their label mates and rising stars of Jinjer, touring with them and actually having a damn kickass album drenched with a personality, talent and individuality that you can’t miss, feels to me like this could be a turning point for them. Those who knew The Agonist from before, will definitely not be disappointed. Those who have missed them until now, might be blown away by this little metallic gem.

One thought on “The Agonist – Orphans”