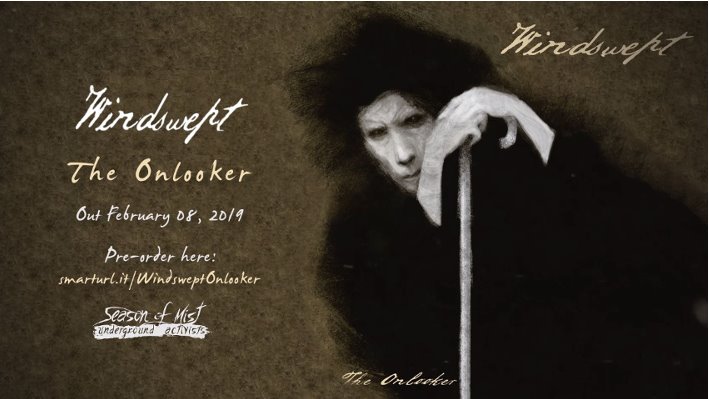 WINDSWEPT, the Ukrainian black metal formation founded by DRUDKH mastermind Roman Sayenko, are premiering the second track from their upcoming album ‘The Onlooker‘. The song “Gustav Meyrink’s Prague” is streaming via the Official Season of Mist Youtube Channel.

‘The Onlooker‘ will be released via Season of Mist Underground Activists on February 8.

The artwork and tracklist of ‘The Onlooker‘ have previously been revealed and can be viewed below.