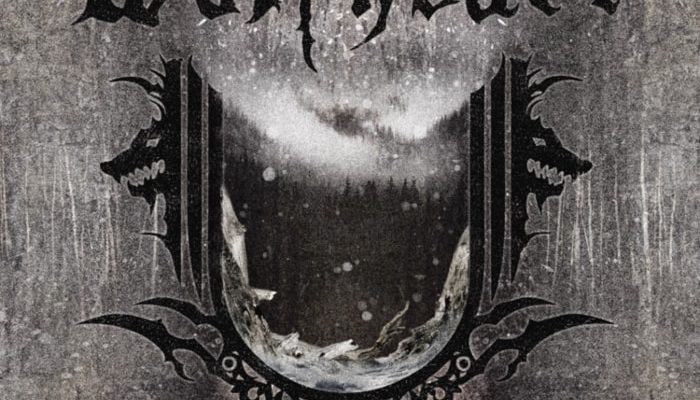 Finnish Wolfheart is the brainchild of the musical brains of the renowned multi-instrumentalist Tuomas Saukkonen. After ending all of his other high quality and popular bands like Before the Dawn, Dawn of Solace, Black Sun Aeon,… this is his only project left. He already delivered two quality albums with Winterborn and Shadow World filled with his signature blend of (melodic) death metal, black metal and doom metal, dubbed by himself as “Winter Metal”. Now he released album number three called Tyhjyys, literally translated as “emptiness”. But as he told us during an interview (go here to read) the Finnish word covers a feeling/emotion that is more than just that English translation for it.

Opener Shores Of The Lake Simple is an instrumental track that serves perfectly as the intro and mood setter of the album. An acoustic guitar gets slowly accompanied by another guitar, piano and later on by drums and electric guitars, building up to a very orchestral sound. When they start to shout “hey” on the music, the vibe reminds me somewhat of certain work of fellow countrymen Moonsorrow. What a great way to get sucked into this piece of winter metal. First “real” song of the album is also the first single Wolfheart released: Boneyard. Again we get greeted by some orchestral-like music before they fully blast off into what is one of the heaviest and most harsh songs we’ve heard from them to date. Despite the music being really hard, it’s awesome to find all the underlying layers of instruments that makes the music actually rather beautiful in all of its harshness.

World On Fire builds further on this style but has the stunning orchestration coming even a bit more to the surface. Talking about that orchestration and use of the piano, Tuomas told us that for the first time he hasn’t done these parts himself. They called in the help of Olli Savolainen from the melodic death/black metal band Shade Empire to take care of this. And he clearly did an awesome job, the music gets a more theatrical feeling without losing its honest and pure sound. It only amplifies the awesome music. This gets showcased even more in the second single The Flood. The song is very much on the complete other side of the spectrum of Wolfheart‘s music with a stronger focus on slow melodies, orchestration and a really strong touch of doom metal. It feels like a very personal and emotional song that really highlights how impressive the musical brain of Tuomas is.

The rest of the album brings much more of the same, but never gets boring or stale. There are moments of cold harsh and ruthless metal combined with the beautiful harmonies and melodies of piano and orchestration and blistering guitar solos. Eye-catcher for me is the title track and last song of the album, Tyhjyys. The desolation, emptiness and complete void that the Finnish word contains is almost tangible through the composition of this song. Overall I can only say one thing: this third album is spot on. While on the former albums there were maybe a few songs that weren’t as memorable or strong, this album is from start to finish top notch. I see it really as a plus that Tuomas realized that he couldn’t invest the proper time and energy in the keyboards and orchestration, ’cause bringing in Olli really took the music to another level. Wolfheart has set the bar for Finnish Winter Metal, I’m curious to see who could beat them at their game. If you want to catch them live, you’ll probably have to go either to Finland or another Scandinavian country, Spain or Portugal. But keep an eye out, they might embark on a bigger European or even United States tour!