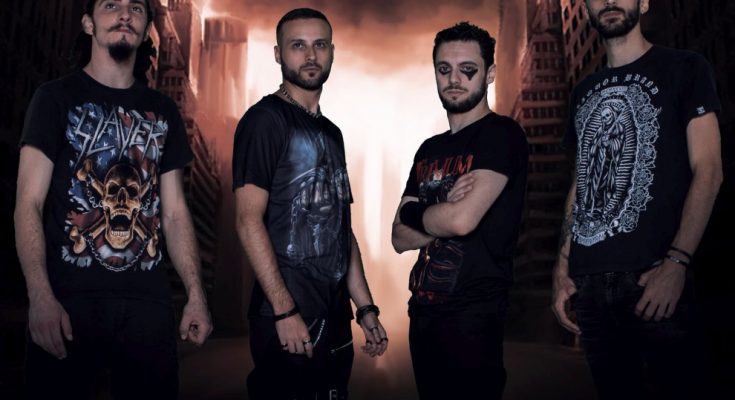 Italy’s melodic death/thrash metallers SOUL DRAGGER earlier launched a videoclip for the song “Rise” of their self-titled debut album. Check it out HERE.

But more importantly, just before that album is released officially tomorrow 7th February 2020 via Time To Kill Records, they’re sharing a full stream of that album right here! Check it out:

“Soul Dragger”, which follows the release of the first EP “Before Chaos” (2018), was produced by Marco Mastrobuono at Kick Recording Studios in Rome (HOUR OF PENANCE, FLESHGOD APOCALYPSE, 5RAND).

SOUL DRAGGER started in Rome in 2017. The band was founded by singer / guitarist Alessio “Alex” Pompedda and combines traditional Eighties metal with thrash, melodic death metal and metal-core influences. The final result bears comparisons with acts such as Machine Head, Trivium, Testament, Unearth and All That Remains.