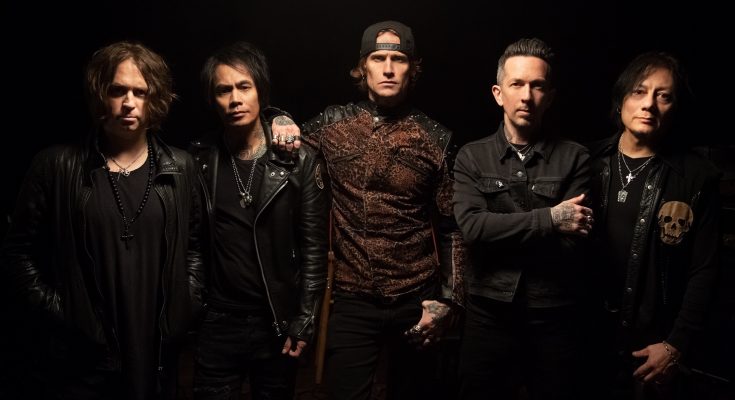 Buckcherry premiered the video for their new single, “Radio Song”.  This is the 4th video in support of their album Warpaint , following videos for the tracks “Head Like a Hole”, “Bent”, and “Right Now”.  The video was filmed at the band’s show on August 17th in Las Vegas as the Fremont Street Experience.   Additional filming was done at Jamies Pix.  The video was directed by Kurtis “KasterTroy” Imel. Watch the music video HERE.

Buckcherry remains on tour throughout the remainder of 2019 with dates in the U.S, Australia, Japan, the UK, and Mexico.

You can purchase the most recent album “Warpaint” HERE!