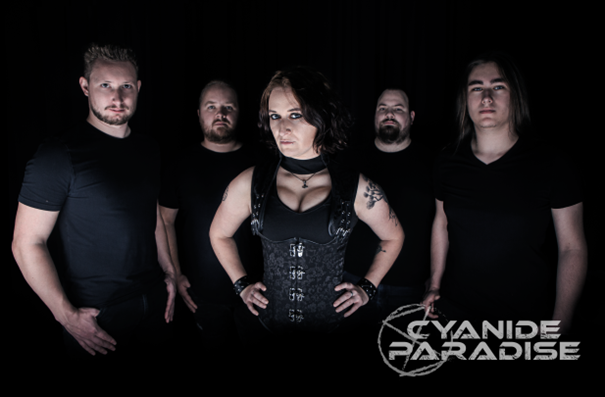 Last Friday Dutch melodeath outfit Cyanide Paradise released a lyric video for their new single ‘Downfall’. This single is the successor to their debut EP ‘Reach For The Stars‘ from 2019.

The song ‘Downfall‘ tells of the inner conflict of a person trying to be as good and helpful as possible, but who is confronted with the harsh reality of living and surviving in a raw, post-apocalyptic world. In this way, the single ties in seamlessly, both thematically and musically, with the band’s 2019 debut EP ‘Reach For The Stars’, which was hailed for its unique, yet distinctly melodic death metal sound by several reviewers.

For this single we collaborated with Yarne Heylen at Project Zero Studio, known as the bassist for death metal band Carnation. This has given the production quality of ‘Downfall’ a nice boost

Cyanide Paradise‘s ‘Downfall‘ is self-published and came out April 10th. It can be found on several streaming platforms such as Spotify, Itunes/Applemusic, YouTube and many more.