Anouk’s ass. The Fiat Multipla. Hang overs. Ikea. ISIS. The drumming of Lars Ulrich. Dumb people. Old people in supermarkets. Michael J. Fox who is seriously ill….
For Belgian metal-hardcore phenomenon Fleddy Melculy there is plenty of inspiration for the song ‘Ik Ben Kwaad’ ( I am angry ), taken from their 2nd studio album ‘De Kerk Van Melculy’ that has been released earlier this year via Sony Music.

“The list of daily events that make my blood boil is endless. How can you not be angry if you watch the news or read the newspaper? Did you see our Belgian Minister of Health? The Catholic Church? 2008 global financial crisis of which we collectively have learned nothing at all? Jazz? The global shocking stupidity and greed? – I can continue to do so.

And the worst is: l’histoire se répète until the end of time, because humanity is hard-hearted. Johnny Rotten already said it: anger is an energy. Then you can as well deal with a few things with that energy. In a typical Fleddy way: with an angle. Maybe it makes people think.“

This brand new video was recorded during several festivals shows last summer and gives a nice image on, side, back and frontstage of a Fleddy Melculy show. Watch ‘IK BEN KWAAD’ right HERE!

Fleddy Melculy also just announced the release of their first live album ever, coming out on December 7th 2018: Live At Graspop ’18!

Oldschool heavy metal meets modern grooves. Their first single-video ‘T-Shirt by Metallica’ back in January 2016 shot Fleddy Melculy into another galaxy: Over the past 2,5 years, the band has set fire to all major Benelux summer festivals including Rock Zottegem, Graspop, Lokerse Feesten, Antwerp Metal Fest, Crammerock, Pukkelpop, TW Classic (as support of Guns N ‘Roses), and destroyed almost all Belgian and Dutch clubs and also had its own metal festival FleddyPalooza. In the Netherlands, the metal beast, among others, celebrated at Paaspop, ScumBash, Nirwana Garden Party, Zwarte Cross, Vestrock, Baroeg Open Air and Eurosonic-Noorderslag. With just one single out, Fleddy Melculy became an instant metal classic in Belgium with even national airplays on Studio Brussel. In 2018 they released their new album ‘De Kerk van Melculy’, which entered number #1 in the national album charts. 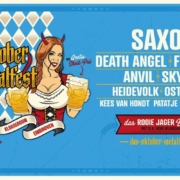 Das Oktober Metalfest: Because beer and metal are a match made in heaven 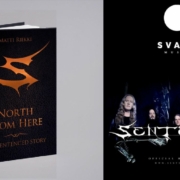 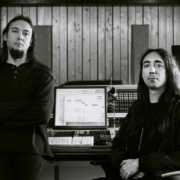 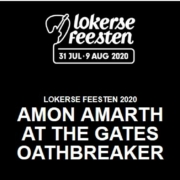 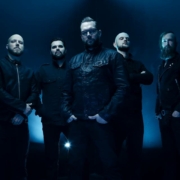 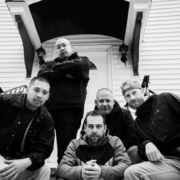 All That Remains announce new album “Victim Of The New Disease”...