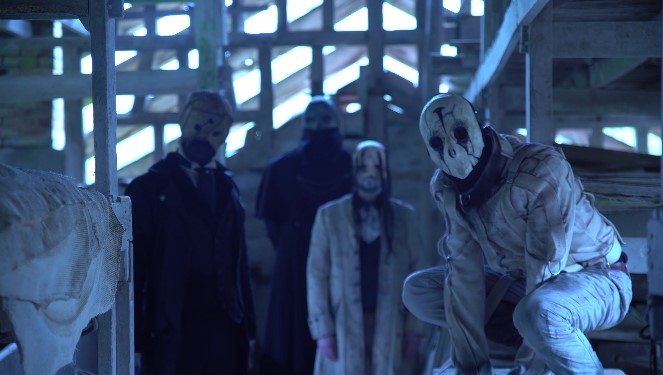 French symphonic death-metal band Exanimis have recently revealed a music video for a new song from their forthcoming debut album “Marionnettiste”, due out on March 5thvia Klonosphere Records/Season of Mist.

Titled “Cogs, Gears & Clockworks”, this new video was directed by Tom Capron with the editing and visual effects done by Antoine Binet.

Recorded between Boundless Studio and Nine Rings Studios, the band’s debut album “Marionnettiste” offers up nine tracks that masterfully blend the brutality and technical proficiency of death-metal bands like Fleshgod Apocalypse, Septic Flesh and Obscura, the melodies and progressive textures of Dream Theater, Opeth and Devin Townsend with symphonic arrangements and sinister ambiences inspired by great names of film and video game soundtracks like Danny Elfman, Howard Shore and Nobuo Uematsu. Pre-orders are now available at this location.