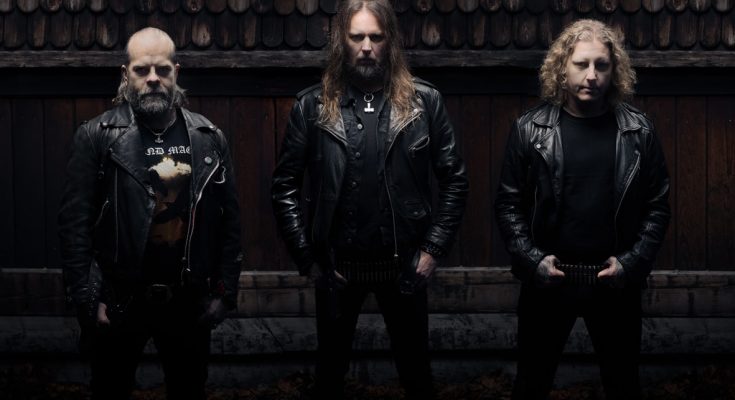 Today, the band launches their multi-part documentary series entitled “From The North – The Grand Magus Story”. Watch as band frontman and general overlord JB explains the connection between GRAND MAGUS and death metal and get some info on the beginnings of the band. Check it out here:

“Dear headbangers! We hope you will enjoy this first part of FROM THE NORTH, the Grand Magus story. You’ll get some stories about how the very first album came about and the people involved. More to come!”

Recently, the band released the second single entitled,“Brother Of The Storm”.
Watch the lyric video here:

“The moon has returned, and with it comes a change. It could be someone you know, it could be you. An aspect of yourself that has always been there.”

The lyric video of the first single and title track can be seen here:

Pre-order »Wolf God« now digitally and receive “Brothers Of The Storm” and the title track instantly (on Amazon and iTunes) or stream the songs on all streaming platforms:http://nblast.de/GrandMagusWolfGod

»Wolf God« rises over the Heavy Metal scene majestically and lets the guitar riffs speak for themselves. The groove and heaviness that were featured on the successful predecessor can also be found on the new, ninth studio album which once again holds a number of future classics.

Recorded in Sweetspot Studio in Sweden, together with producer Staffan Karlsson (ARCH ENEMY, FIREWIND, SPIRITUAL BEGGARS), the corner stone was laid for another triumphal procession. As the majority of the songs were recorded on the first take, they have an honest, diverse and yet down-to-earth sound that envelops the trio’s true power.