About a month ago the thrashers of Overkill released their killer album The Grinding Wheel (read our review here) through Nuclear Blast Records and this week we got a nice little video of them playing Shine On!

On March 31st German Toxpack is releasing their new album Schall & Rausch through Napalm Records and you can get a taste of their street punk/oi packed hard rock with the video for Bis zum letzten Ton!

Last year the Norwegian black ‘n’ roll nuts of Kvelertak released their album Nattesferd (for our review go here) on Roadrunner Records. Out of nowhere they hit us with the official video for Bronsegud, showing tons of shots of their live performances the past year or so, trying to bring across the infectious energy they (and the song) contain!

Building up the anticipation for the upcoming album The Madness (out on March 24th via Century Media Records) by rock super group Art of Anarchy, they released the fourth video, this time for the song Changed Man.

Swedish Trial is unleashing some old school heavy metal on us with their upcoming album Motherless, out on April 7th through Metal Blade Records. Check out the lyric video for the title track!

Obituary let lose another dose of old school death metal on the world this week with their new release Obituary through Relapse Records and a hilarious animated videoclip for Then Thousand Ways to Die went along with that!

Metalcore band Wage War ranging from Florida released a video for the crushing song Stitch from their upcoming album via Fearless Records. Get ready to bang your head and mosh your soul out!

Bathsheba released their debut full-length Servus in February via Svart Records and are handing us an intriguing clip for the song Ain Soph. Belgians: support your locals!

Croatian rock band Nord is releasing their debut album Play Restart on April 21st via Geenger Records of which you can check out the haunting song Shadows here!

Swedish metalcore/modern metal/pop metal sensation Dead By April is releasing their new album Worlds Collide this year and they’re getting ready to fight with the video for Warrior this week!

The crazy party animals of  Steel Panther are releasing their new album Lower the Bar this month and with I Got What You Want we get another taste of it. We love the stadium hard rock feel of this song, really reminding us of the heydays of that style of music in the eighties!

In anticipation of Mastodon‘s new release Emperor of Sand at the end of this month (March 31st) they brought us another of their wacko videos, this time for the track Show Yourself. The song brings up a vibe of Queens Of The Stone Age kind of stoner rock and for those that are starting to worry that they’re going soft, if we can believe the band it’s their “weakest” song. One thing is sure: it’s damn groovy!

And to end this week’s installment something a little bit out of the box: infamous Behemoth frontman Nergal is releasing his first album Songs of Love and Death (March 24th) with his new folk/country project Me and that Man this month and the track My Church Is Black is an awesome little treat from that release! It sounds to me as a blend of Johnny Cash and Nick Cave, which is something we can only look forward to! 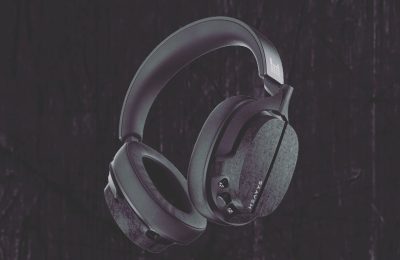