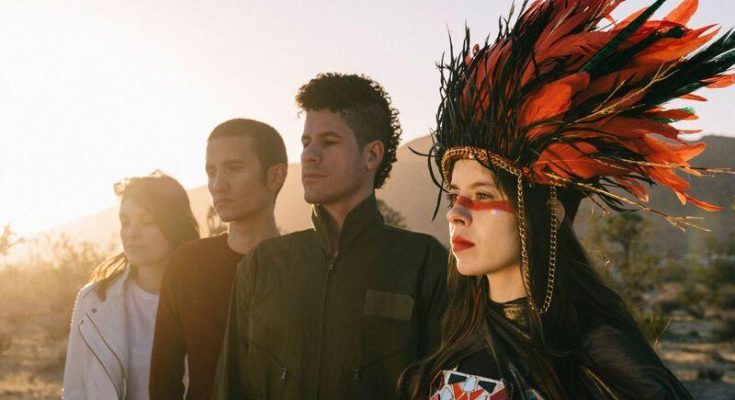 “We are going to die. We are going to die. A death in the family, a death of a cycle. Constant transformation. Obstacles. None of it matters and it all matters. The boy dragging the coffin: he is now in a position where he is faced with no option but to carry the weight on his shoulders. Maybe he will find the way because in the end sometimes it feels bleak, but I feel that Gus Black’s interpretation of the song speaks volumes and is open for interpretation”.

“bi/MENTAL” is the band’s most personal album to date and an ode to frontwoman, Teri Gender Bender‘s mother, as well as a dissection of the meaning of family and a personal story about mental health. It was produced by iconic Talking Heads‘ member Jerry Harrison (No Doubt, Violent Femmes, KD Lang) and recorded at his home studio in Northern California. Purchase/stream “bi/MENTAL” here.