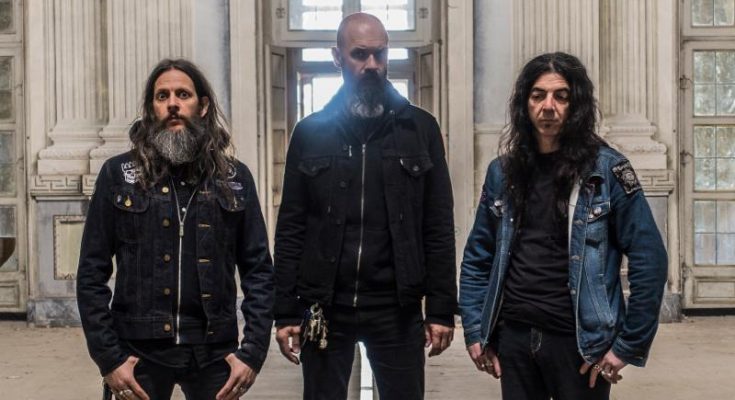 Italy’s mind-altering UFOMAMMUT marks their 20th Anniversary in 2019 and is celebrating the milestone touring across the globe. Having just completed their latest European excursion, the band had just landed stateside to begin their latest trek across North America for the next several weeks.

After eight albums, an immense amount of touring, dozens of festival performances, and countless miles and hours on the road, UFOMAMMUT is ready to celebrate this important 20th Anniversary event with their marvelous and loyal fans with special live sets. The band begins their new trek in Oakland, tomorrow, April 18th, followed by shows in Los Angeles April 19th, and San Diego April 21st.

UFOMAMMUT then traverses the continent for a line of East Coast dates, running from April 23rd through May 4th. With shows in Brooklyn, Philadelphia, Boston, Montreal, Toronto, Cleveland, Chicago, Lexington, Atlanta, Durham, and Richmond, touring alongside Kings Destroy for this East Coast voyage. Fans can expect the band to perform a selection of tunes spanning their catalog, including revised/revisited versions of some songs.

UFOMAMMUT has also just announced yet another tour of Europe for later in the year, surrounded by one-off festival performances this summer, two gigs in Russia this September, with even more tour actions to be announced over the months ahead as the band celebrates their 20th Anniversary with their fans around the planet.