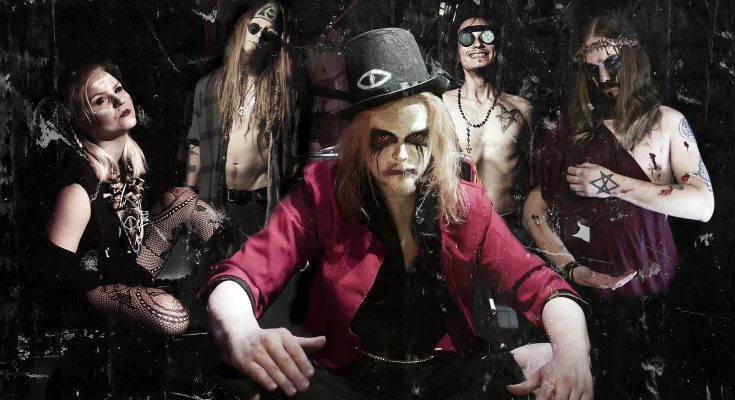 KING SATAN was founded in 2015 by KING ALEISTER SATAN a.k.a. FRA. ZETEKH (known before as a mastermind of SATURNIAN MIST). The band released their over-the-top debut album ”King Fucking Satan” in May 2017 via SATURNAL RECORDS. The debut album caused lots of controversies in the metal world, and at the same time received huge acclamation from the critics and fans due to the genre-bending nature of the music, combined with provocative images and lyrical themes which circulate between the themes of occult, spiritual anarchy and rock ’n’ roll spirit. ”King Fucking Satan” was introduced to the world with four conspicuous music videos and singles : ”Satanized (Praise Hail Satan!)”, ”Psygnosis”, ”Enter Black Fire” and ”Dance With The Devil” — all demonstrated the musical amalgam of industrial metal, aggrotech, dance punk and hard rock and all together comprises the musical style of KING SATAN.

The band has gained reputation for their energetic and enthralling live performance while supporting such acts as PAIN, CARPENTER BRUT, PERTURBATOR, VELVET ACID CHRIST and TURMION KÄTILÖT in Finland.

And now in April 2018, the band arrives for their first European tour in mainland Europe from April 06 to April 21.

”Fuck the rest, Satan is the Best!”, proclaimed by the band themselves.

THE TOUR DATES ARE: