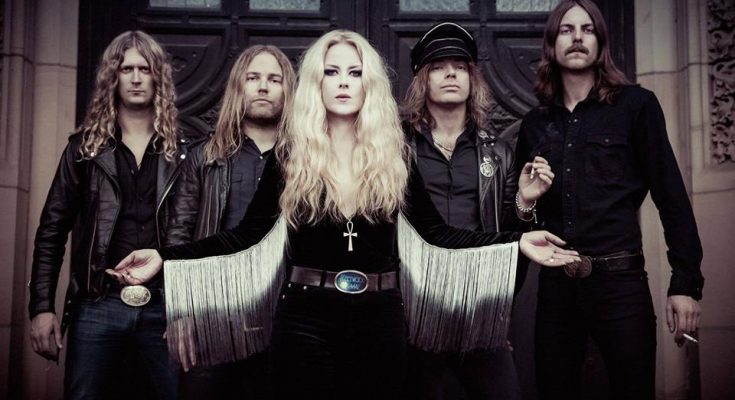 Lucifer is back baby! After passing by Helsinki in 2018 for a great gig and releasing a new album through Century Media Records called “Lucifer II”, the old school heavy metal/hard rock outfit came back to Finnish shores for a small tour. So we geared up and went to the cellar of Bar Loose in Helsinki where a sold out show was going to take place with the support of locals Musta Risti. Outside it was blistering cold and icy, but inside the venue it promised to heat up quite a bit…

The small venue already filled up rather nicely for the support act of the night: Finland’s Musta Risti (***1/2). They play the kind of old school heavy metal with that doomy sound Black Sabbath pioneered so well. Lucifer wasn’t the only band to recently have released an album, because the guys of Musta Risti brought their self-titled debut LP in the world through Svart Records at the end of last year. And thus most of the tracks played during their set came from that release. Not knowing the band beforehand and them singing solely in Finnish (no, my Finnish is not that good yet), made it hard for me to figure out the tracks, but I can tell you that they were the perfect fit to warm up the crowd. It was heavy, doomy, groovy and enticing. Especially vocalist Einari put down an impressive showcase of his talent with regular high-pitched screams and by mustering up a slight feeling of dread and emotional torment with his voice and body. Extra credit to the band for having probably one of the most active bassists I’ve seen in a long time! 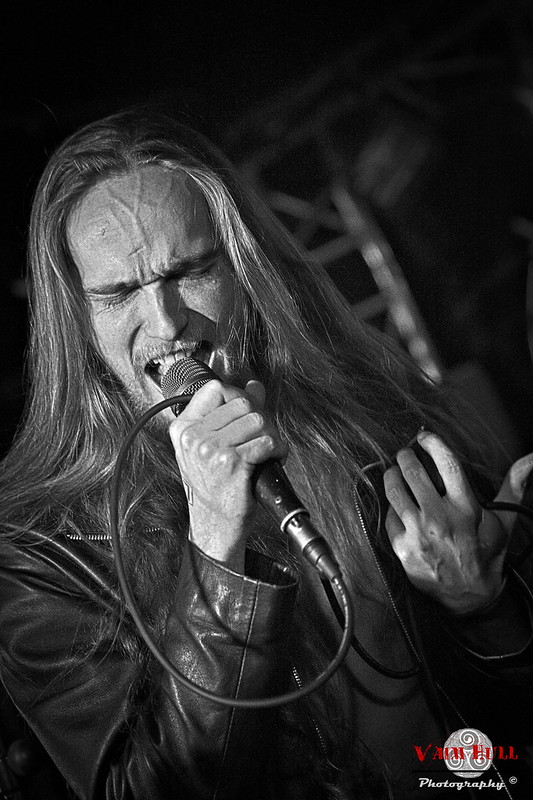 By the time Lucifer (****1/2) was set to take over the stage, Bar Loose was absolutely packed to the brim. If you had a good spot, you better stuck to it, because there was constantly someone eager to take it over. The 4 guys of the band came on stage, greeted by an excited crowd, that turned their approving shouts into a roar when leading lady Johanna Sadonis took up her place behind the mic. They didn’t waste too many words or too much time and immediately kicked off the show with Faux Pharaoh, the closing track of their latest album. And that album is very well represented in the setlist with 8 out of 14 played songs coming from it. That brings it to almost playing every single track on the Lucifer II album! The crowd loved it, the band was into it and the room simply exploded. Johanna and her buddies delivered on an energetic and passionate show with a perfect balance between their new work and older tracks. I guess that’s the advantage of only having 2 full-length albums so far… The occult and doomy rock and proto heavy metal clearly wears the influences of bands like Black Sabbath, Deep Purple, Blue Öyster Cult,… on its sleeves and they even paid hommage to some of their heroes with covers like Dancing With Mr. D from The Rolling Stones (also paying hommage to the devil) and Take Me Away (Together As One) from Paul Stanley. 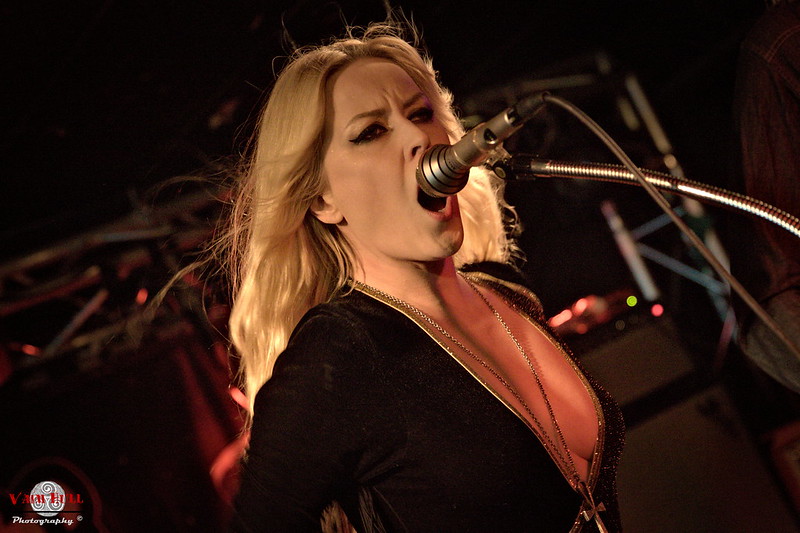 Guitarist Robin moved around back and forth, regularly dipping through the knees in trance with his riffs and solos, with bassist Alexander and second guitarist Martin taking up shop on the other side of the stage. Drummer Nicke was a driving force behind the energy and power of the band with a stellar performance of drum rolls and licks that grooved the cold from our bones, not too surprising looking at his history as a musician (most notably the original drummer for Entombed). All of them stellar musicians who almost get forgotten by the radiant presence of Johanna center stage. She crooned, soared and conquered our hearts with her impressive vocal abilities and moved to the groove and beat of the songs like an enchantress performing a ritual dance with hair thrown in the air and picking up the tambourine during several tracks. What an experience! 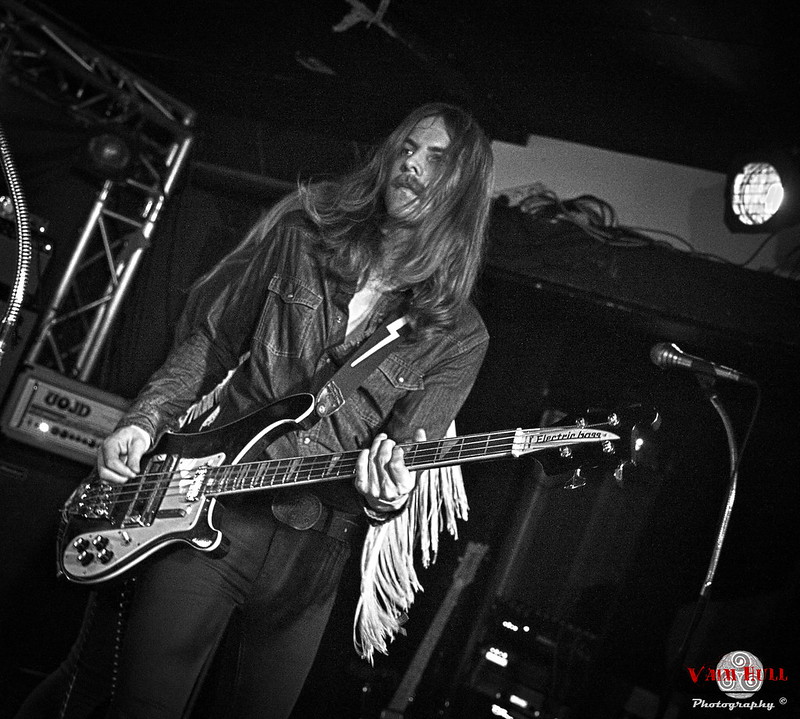 After ending the regular set with Reaper On Your Heels and a surprisingly fast paced and explosive finish, we still received some encore tracks from the band pulled back by a damn rowdy crowd. With Anubis we got an oldie under the form of their first single every and ZZ Top cover Beer Drinkers & Hell Raisers brought Nicke Andersson from behind the drum kit and on the guitar & vocals to bring the house down with one hell of a party. But they weren’t finished with us yet, to leave us on a high note, they took us on the whirlwind of a bike ride that is their most successful and catchy track to date: California Son. For a short moment, the cold winter weather was the furthest from any of our minds and almost every single throat sang along to the hit. Lucifer, we love you! 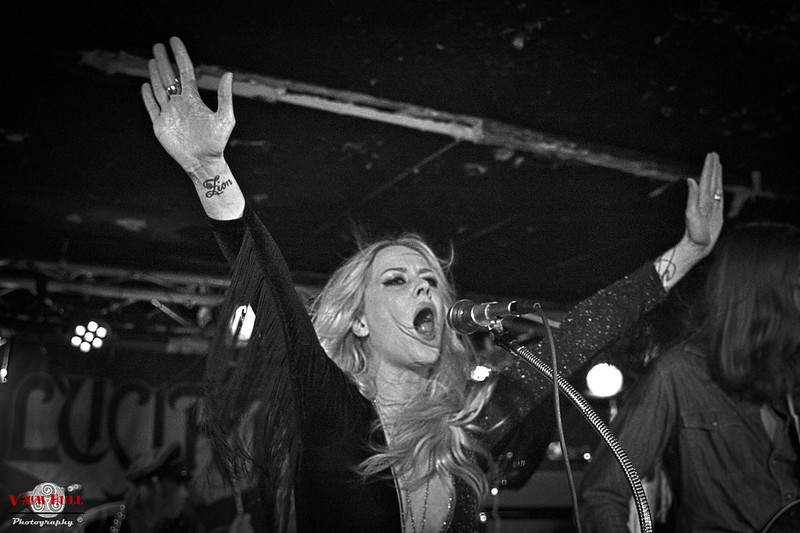