Home Featured PREMIERE: Off The Cross shares first video for “The Goddess” track, from the upcoming “Era” EP! 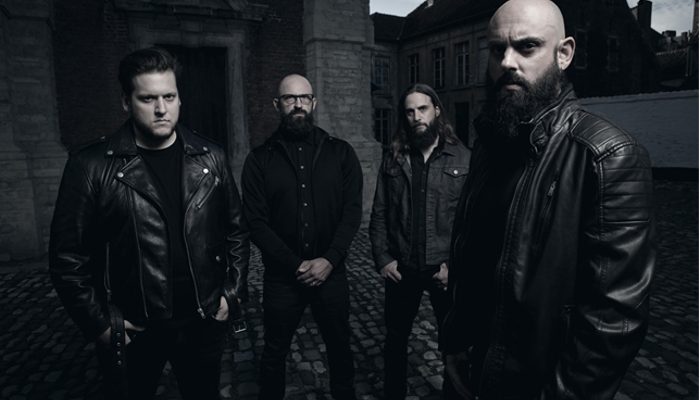 PREMIERE: Off The Cross shares first video for “The Goddess” track, from the upcoming “Era” EP!

After the release of their highly acclaimed debut album ‘Divided Kingdom‘, OFF THE CROSS have been taking all kinds of stages by storm. In a two year span the band performed at Graspop Metal Meeting, Groezrock, Antwerp Metal Fest and Epic Metal Fest, next to supporting Epica, Aborted, Darkest Hour, Municipal Waste or Misfits legend Doyle. In the Spring of 2018 OFF THE CROSS hit the studio to record their next chapter: The upcoming EP ERA, set for a release on November 2th 2018!

ERA is not just another EP. This release offers something special and will mark the start of a new ERA for up and coming OFF THE CROSS. Every song on this record has a guest vocalist fitting to the song and to define another chapter. ERA features guest stars such as Marcela Bovio (Stream Of Passion, Ayreon, MaYan), Jonas Renkse (Katatonia, Bloodbath), Tijs Vanneste (Oceans Of Sadness, Van Echelpoel) and more.

Today the band has unleashed a first video for the opening track ‘The Goddess‘, taken from their upcoming ERA EP. Watch OFF THE CROSS‘ brand new video, featuring  Marcela Bovio on guest vocals, right HERE!

“‘The Goddess is the first song on our upcoming EP: ERA. This video represents the concept both musically, with the addition of different instruments, as well as in lyrical content, with the destructive power of the fire.” 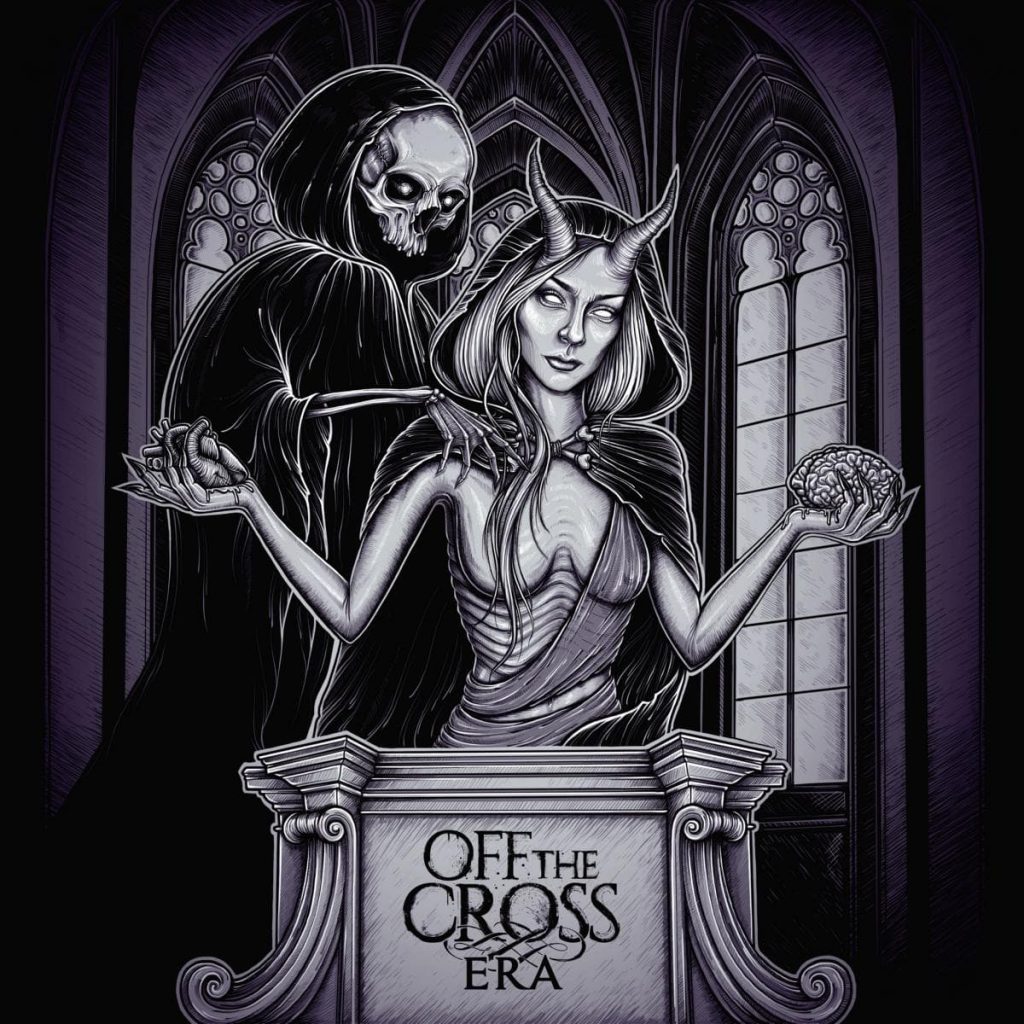 For the band writing music is a way of processing life. A way to express feelings for those who haven’t learned how to do it otherwise. The ERA EP takes you through 4 chapters in a defining era in one’s life, from self-destruction to the search for salvation. Musically, the band felt the need to push their boundaries and incorporate additional instruments to their sound, recording as much real life instruments possible and minimising midi and other simulated instruments.

The Organ is a fundamental part of the OFF THE CROSS sound which in the past was recorded digitally. As they wanted to raise the bar on this, OFF THE CROSS invited Joost Van Den Broek, known for his bands such as After Forever and Ayreon, as well as producer of acts like Epica, Powerwolf or Vuur. Besides ripping it up on the Hammond organ Joost also recorded some beautiful piano parts on the Hermann Jacobi grand piano at the Sandlane Recording Facilities in The Netherlands.

Next to that the band was backed by a 35-headed choir, cello, saxophone, and percussion. This was recorded in the majectical Sint-Augustinus church in Antwerp, which contributed to the big sound the band achieved. Recorded, mixed and co-produced by Filip Goris and a mastering from Jens Bogren (Opeth, Arch Enemy and At The Gates) brought OFF THE CROSS and their very special EP release to a next level.

ERA will be coming on November 2th as Digital Download and 10” White Vinyl , the pre-orders are now available at: https://offthecross.bigcartel.com/product/pre-order-era-ep-10

In support of the band’s upcoming EP, OFF THE CROSS will be playing live on the following dates, with many more to come: