Leffingeleuren is hardly a well-known or legendary festival. However, this year’s lineup definitely gives it the potential to be. Between the 14th and 16th of September this year in Middelkerke, a sample of some of the best rock and roll live acts will be gathering to perform nearby the Belgian coast.

Among those key acts to perform are Iceage, a heavily distorted Danish act well known for their simultaneous vulnerability and emotional unavailability. They’ve made the rounds in Europe a few times in the past couple of years touring their new record, Beyondless, leaving a mark everywhere they go. While it’s possible to imagine someone perceiving Iceage as taking themselves too seriously and being a bit pretentious, their show should definitely not be missed anyway. I’m of this somewhat cynical opinion myself, but I was moved when I saw them perform at Rock Herk last year. Iceage hit the stage on Friday the 14th.

The main two acts I’d highly recommend prioritizing on Saturday are Tubelight and Bob Log III. Tubelight (boasting Lee Swinnen of Ero Guro) are a garage influenced, somewhat indie trip – they recently released their second album ‘Expert by Virtue, Thereof’ that I liked enough to play on the radio back home in Melbourne. I’ve never seen Tubelight live, however based entirely off of my social encounters with Lee I’d assume it’ll be exactly the right mix of lighthearted fun and something you wouldn’t want your parents to know about.

Bob Log III is a personal hero of mine, performing in an Elvis/stuntman style jumpsuit as a one man band, vocalizing through a telephone strapped to a motorcycle helmet. I have no doubts in my mind in warning you, dear reader, that you 100% will regret missing this show if you are able to attend and choose not to. Bob Log III plays sleazy, blues-y, rock n roll, that gets you involved. I don’t want to spoil the regular elements of the show, but I will note that there will be balloon-based percussion and a blow up raft involved, without a doubt. Bob Log III is the uncle we all wish we had to guide us toward the fluorescent lights of a rock n roll show after shut down, and not tell our parents when we come home reeking of beer and accidentally pissing on a heating unit after confusing it for a bathroom stall. As I remind you, you can catch him on Saturday the 15th.

Finally, go and watch Amyl and the Sniffers on Sunday. There’s almost nothing else to say about it. They play old school 70’s/80’s Australian style punk, straight out of the St. Kilda based history that I’m so proud of (Cosmic Psychos, anyone?). Fronted by one of the most badass women I’ve had the honor of seeing perform live, the caltex cowgirl herself, Amy Taylor, Amyl and the Sniffers will make your ears bleed. Having recently performed touring the US with King Gizzard and the Lizard Wizard, Amyl and the Sniffers are blowing up right now. It’s worth putting in the work to see them, if not on Sunday the 16th, then at one of their other European dates, because in no time at all their shows will be selling out and getting a ticket will be a rough fight.

Tickets are currently available through the Leffingeleuren website, but I wouldn’t sleep on it. Also, hit a girl up if you’re gonna drive down, I need a ride. 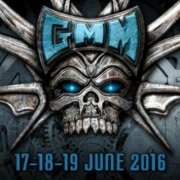 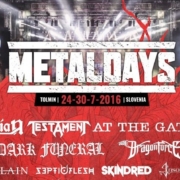 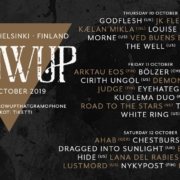 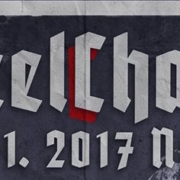 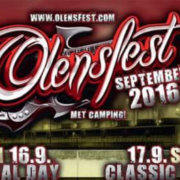 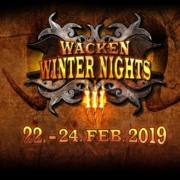