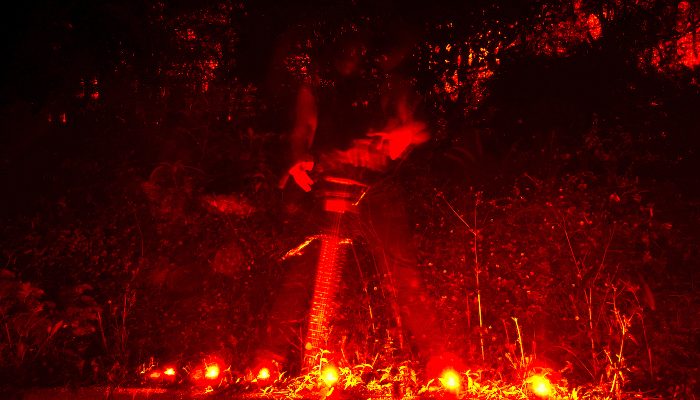 REBEL WIZARD reappears with “Not Rain But The Wizards Tears”

Today, Rebel Wizard has shared the album’s first single “not rain but the wizards tears” of which he comments,

“You might remember the day last year where upon the entire globe was drenched in non-stop rain. Well, let us reveal the truth of that down pour. It was on that day the wizard held his cat as she was injected with the no more. So it was not rain but the wizards tears. The song did then follow.”

Listen to Rebel Wizard’s trademark heavy negative wizard metal on “not rain but the wizards tears” on Invisible Oranges (or directly on YouTube).

Rebel Wizard’s brand of metal is an anarchic alchemical process of outsider energies respecting the power of traditional triumphant metal into a unique sound to smash out the coerced gloom and banality of our times. It is a creation from Australian musician, NKSV, also from the long running black metal/noise band Nekrasov. NKSV started the band in 2012, released his first demo in 2013 and since then has self-released a steady flow of music including  8 EPs, a mini album and two LPs.

Rebel Wizard can’t be summed up with one simple label. It’s not black or thrash metal but firmly rooted in both. There’s a touch of NWOBHM in there as well the epicness of power metal. The attitude is important, coming from a 90s hardcore punk background and influenced by attitude of standalone artists Bolt Thrower, Crass etc. Many bands try to combine different genres of metal, some fail, some succeed, but what makes Rebel Wizard strive is it’s done from instinct. 30 years of consuming to all genres of metal has given NKSV a vast arsenal to choose from.

The description he does like however is the aforementioned “negative wizard metal.” Not so much on the sense of depression of nilhism, but more so of the negation of self. Self negation has been defined as of doing away with categories that limit oneself and others from one’s full potential. Labels and tags hinder the arts more than they assist in the appreciation of it, which is something Rebel Wizard seeks to destroy with triumphant pounding fists.

Magickal Mystical Indifference, Track Listing:
1. heavy negative wizard metal in-fucking-excelsis
2. raiseth up all those that be bowed down
3. white light of divine awe smelling of sweat and sex
4. you are being lived, dear one
5. dance of the duchess in the pale pink light
6. not rain but the wizards tears
7. urination of vapidity on consciousness
8. the mind is not your friend
9. love wisdom everything nothing
10. magickal mystical indifference