Filmmakers Mike Redman and Jason Köhnen have launched a crowdfunding campaign via Indiegogo to help finance the first-ever documentary to focus on the underground extreme metal scene in the Netherlands that spawned such influential bands as Asphyx, Pestilence, The Gathering, etc…

Titled Metaal, a literal translation of ‘metal’ in Dutch, this documentary gives a retrospective look into the glory days of extreme metal in The Netherlands between 1985 and 1995. Redman, an award winning documentary filmmaker and renowned music producer along with Köhnen who is also a founding member of re-activated doom-metal group Celestial Season are set to produce an educational and entertaining memoir of a period in time where Dutch metal saw rise to a legion of influential bands that formed an explosive scene. Documenting interviews with original members of Thanatos, Asphyx, Pestilence, Celestial Season, Gorefest, Sinister, Acrostichon, The Gathering, etc… Metaal will also feature testimonies from a great number of fans of the scene including Testament’s Eric Peterson, Atheist’s Kelly Shaefer and Soulfly’s Max Cavalera.

“We’ve walked around with the idea of making a documentary covering the Dutch metal scene for quite a while now. Somehow now the time seems right to put all of our efforts into this passionate project. We also think it’s of great importance to archive this part of music history before much of the archival footage is forever lost and we feel it’s time to pay tribute to this part of metal history.”

The film’s producers, Mike Redman and Jason Köhnen, are both passionate musicians who grew up as part of the (extreme) Metal scene that emerged in the mid 80’s and experienced that incredible burst of creativity at first hand. Metal might be one of the most extreme youth and music cultures of the 20th century and may therefore be overlooked by mainstream media. Nonetheless this global Metal phenomenon was also very popular in The Netherlands. Kids where managing to channel their ideas and adolescent aggression through an explosive (healthy) diet of horror and distortion, all resulting into extraordinary creativity, amazing musicianship, a vibrant music scene… a movement. Some of the pioneering Dutch bands still exist to this day, raging hard as ever!

Although the Dutch Metal scene never received the same accolades back in the day as their UK, US, Scandinavian, or even German counterparts, in retrospect though the Dutch sound proves to be unique and as influential due to its push for individuality. The music became an important part of Dutch youth culture of the late 80’s to the mid 90’s, and has never been fully documented, let alone treated respectfully. Mike Redman and Jason Köhnen’s goal therefore is to create a compelling documentary that covers as many of the participating individuals who contributed to this vibrant scene. Riffling through fanzines, diving into the tape-trading scene, the music, the gigs and art will all be covered while celebrating the iconic bands as well as the unsung heroes. Many international Metal legends also share their views and experiences on the Dutch scene.

The film is currently in production and you can be a part of Metal history by contributing to their crowdfunding campaign here: https://igg.me/at/metaal 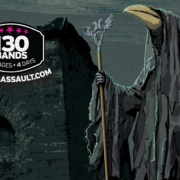 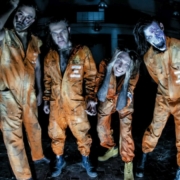 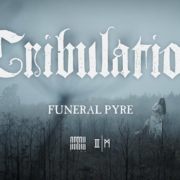 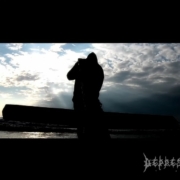 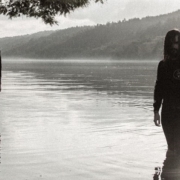 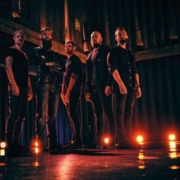 The rockers of BRUNHILDE share the details for their upcoming “To Cut...
Scroll to top