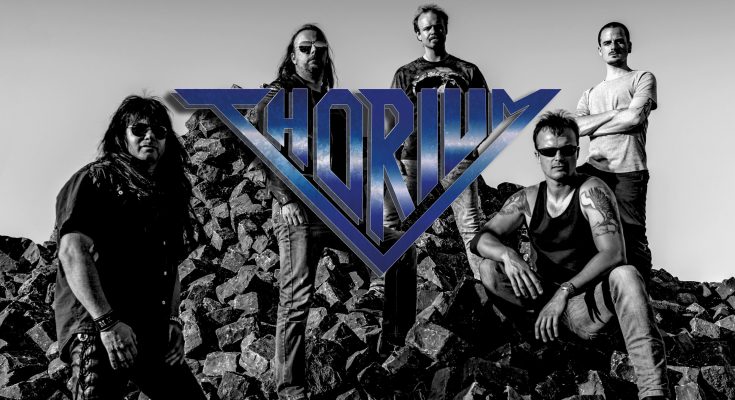 The Belgian heavy metal outfit Thorium (featuring members of that other legendary Belgian heavy metal band Ostrogoth) has released a brand new video for the single “Return To The Clouds”, a track from their self-titled album that is out now via Empire Records!

Tom Tee & Thorium about the track:

“Paying hommage to the Belgian pilots who flew with the RAF during World War II, I wanted to write a rollercoaster of a song: a track that would attempt to capture the feel of being in a WWII fighter plane and being called out to scramble (which is when a general alert is sounded and all pilots and aircraft are sent up into the air as quickly as possible) — of speeding towards the enemy and engaging in a so-called ‘dogfight’, never certain whether you’d ever see your home again or even make it out alive. The first verses are all about what these brave pilots must’ve felt when seeing their homeland overrun by enemy forces, and the call of England and its superb airforce, which presented a last opportunity for them to fight back in the manner they were best at. As the song thunders on and rolls into the peaceful mid-section, it takes a moment to reflect on the distant promise of setting foot in their native country again, which, especially on clear days, they must’ve seen all too well from high in the air as they flew toward their assigned targets. The final part of the track sees it returning to Speed-Metal fury, where the fighters encounter the enemy and hell is unleashed. The disclaimer at the very end of the video is a nod to Lucien Leboutte; perhaps the most (in)famous of these pilots, whose captivating life story inspired the lyrics to this track.”