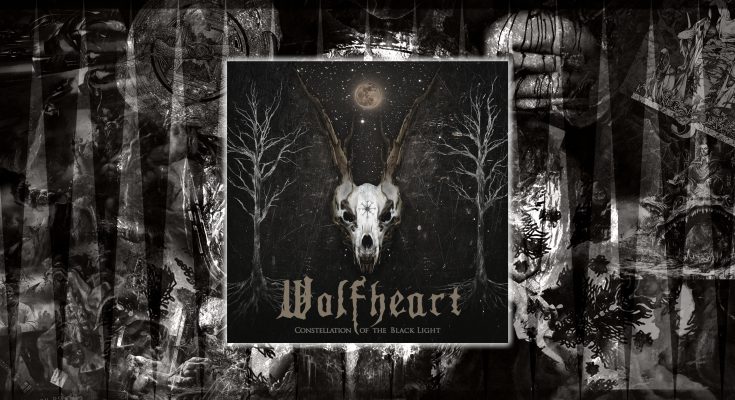 Every year the same misery… at least it’s sort of a good thing: too much great music being released the whole year through. Those people who dare to say that new music can’t offer anything good, interesting or creative anymore, just have their ears clogged up. So I underwent the difficult task of sifting though the releases I’ve listened to, reviewed, didn’t check out yet, possibly missed,… to figure out who was going to get a spot in my 10 best albums of the year 2018 and here it is!

To start of easy, a little bit of name dropping of bands/releases that just and just didn’t make it into my list but are definitely worth mentioning and for you to check out! First of all, I think we can say that Soulfly released a damn groovy and thrashing record, the Sepultura Roots Bloody Roots era vibe is great in this one and if you’re any bit a fan of that tribal groove, you just have to enjoy this one. Hailing from the same country and steadily showing that they’re a force to be reckoned with, are the Brazilian death/thrash girls from Nervosa. With Downfall of Mankind they bring again the greatness that we experienced already on earlier releases and worth your time for sure! For the full review of the latter go here.

When you rather have the urge to listen to experts at their musical craft, I’d recommend you to check out Euge Valovirta‘s solo album Easy Does It. Euge is known as quite the guitar player and gathered some great vocalists around him to put together an awesome release with grooving rock tunes and a clear worship of John 5 (for the full review go here).  You want more grooving rock blasting through your speakers? Blood Of The Sun is the way to go with their release Blood’s Thicker Than Love. Seventies hard rock that isn’t very original, but written so damn well (for the full review go here)! Something possibly more “original” might be the sophomore release from Galactic Empire, yet another album full with metal renditions of Star Wars soundtrack music turning them into progressive metal pieces to drool over!

Good melodic death metal always tickles my happy bone, so the debut release Solipsis by Merel Bechtold‘s pet project Purest of Pain was a very pleasing surprise with the very guitar oriented melodic tracks with regular breakdowns (for the full review go here). Also the Finnish Fear of Domination showed that they’re more than just a happy happy party band by delivering a damn solid new album called Metanoia, I urge you to go check it out! A little bit in the lines of melodic death metal, there were also a couple of very pleasant metalcore releases through the comeback album of Bleeding Through and the first release of Light The Torch, a reincarnated Devil You Know, the band former Killswitch Engage vocalist Howard Jones continues to share his massive vocal skills with the world!

Always up for a nostalgic moment looking back at the music I grew up with in my youth, I thoroughly enjoyed the new release by Cane Hill, that showed that they’re growing into becoming one of the big ones. Too Far Gone brought just the right amount of nu metal mixed with other elements that turned it into a raw, passionate and emotional piece of music that didn’t turn into a joke (for the full review go here). Also Gouge Away was a very nice discovery for me with a post-hardcore, noise & grunge sound that regularly made me think of Bleach era Nirvana in a modern jacket, not complaining about that!

On the more extreme scale of music, I couldn’t forget mentioning melancholic post-black metal outfit Harakiri For The Sky with their new release Arson, Hoth with their very epic black metal album Astral Necromancy and end of the year mind-blowing musical art pieces by the hands of Matron Thorn and conspirators: Ævangelist‘s Matricide In The Temple Of Omega and Devil Worshipper‘s Music For The End Times!

Besides all of that heaviness and guitar violence, I also love turning towards music with a different kind of intensity. King Dude gave the world with his latest release Music To Make War To a dark masterpiece of neo folk, americana and post-punk (for the full review go here). Musical art collection Hide took us on a dissonant and awkward electronic ride with their latest release, while Night Club took us on a happier ride with a rather dark undertone with Scary World (for the full review go here).

And of course last, but not least there are the several releases by Danish pagan folk mastermind Danheim (the amount of releases that dude pushes out is impressive looking at the high quality they all hold), a new album by equally impressive Norwegian outfit Wardruna and the new child brought forth by a cooperation of Wardruna‘s Einar Selvik & Enslaved‘s Ivar Bjørnson called Hugsjá!

But enough about what didn’t make it, I could go on for quite a while still, let’s move on what did make it…