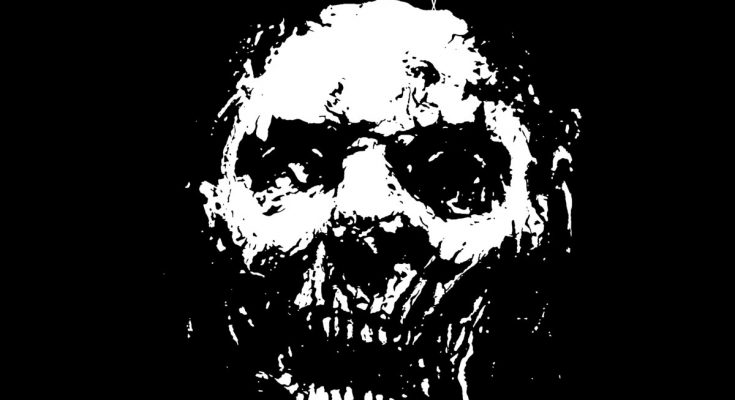 Vantablack Warship consists of some of Montreal’s finest underground musicians, coming together in a single project. To, as they stated on their official webpage, “an onslaught of dark slow churning metal, ready to devastate all in it’s path”. With that said, they weren’t far away from the truth, their album Abrasive Pulmonic Speak has a real in-your-face attitude, with very catchy lyrics and deep, slow riffing, reminding a lot on bands like Crowbar, Down and Corrosion of Conformity.

With eight tracks on their debut album, Vantablack Warship did just enough to satisfy. The opening track “Another Dead Rockstar” is very interesting due to the difference to the other tracks on the album, mainly because of the higher-pitched vocals and a clearly black metal influenced moment on the 1:40 minute mark which gives the song a nice touch. “Black Tounge Bertha”, my favourite on this one, shows a lot of Black Label Society influence, which in this concept is a really good thing. Everything comes nicely together and is a great headbanging song!

A song that is definitely getting onto my gym playlist is “Blood on the Mat”. The energy coming from this song is insane! The rest of the songs are fitting altogether very nicely and are all in all a very solid sludge album with lots of interesting influences making it a great experiment. The length of the songs isn’t overdone at all, with the closing track “Crisis” being the longest, and slowest, with almost 5 minutes. The artwork leaves a lot of space for improvement, and is probably the weakest point of this album. But nevertheless, I imagine them to be insanely good and fun live, and hope to see them soon somewhere close by. After their self-titled EP, this album is a great introduction to the music-world, and many is yet to be seen from these bad-ass Canadians.

The only thing left to be said is a message from the band itself- “Over 100 years roaming the seas of this dark world and fine tuning it’s craft, the Vantablack Warship will be sailing ashore shortly. Will you be ready to stand in it’s path ?”