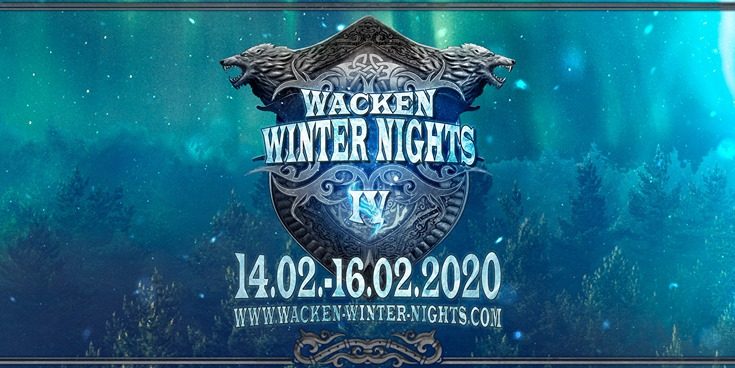 Autumn is just around the corner, but in the festival calendar the murky season just a harbinger of winter. The cold season will bring its own musical delights with Wacken Winter Nights IV taking place from the 14th to the 16th February 2020. Project manager Helge Rudolph is now announcing the final six bands to complete the programme on the main stages for the winter event.

“With the current fourth band announcement, the billing of our two main stages Ice Palace and Theatre Of Grace is now complete. This increases the number of already confirmed bands to a total of 32, but we are not done yet, because many more program items and bands for the other venues will only be revealed in the near future. We thank our fans for the trust that they have put in us, as more than half of all 3-day tickets have already been ordered and we are confident that the fourth edition of the Wacken Winter Nights will be sold out before the end of the year”.

Pre-sales of tickets for Wacken Winter Nights IV (14th-16th of February 2020) have already started at this link: http://wacken.click/wwn2020tix