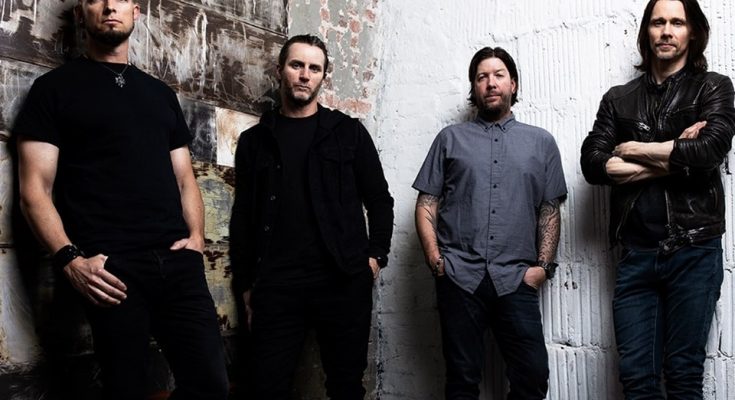 As the debut track “Wouldn’t You Rather” becomes the next Top 20 Active Rock single in the band’s career, Alter Bridge have dropped another lyric video and song from their upcoming release Walk The Sky (October 18th via Napalm Records). “In The Deep” is now available on all digital service providers around the globe and the underwater-themed lyric video for the track can be seen here:

The song opens with a driving intro that breaks down to an inspirational verse and powerful chorus that has become a calling card for Myles Kennedy on vocals/guitars, Mark Tremonti on guitars/vocals, Brian Marshall on bass and Scott Phillips on drums. Walk The Sky, the band’s 6th studio album, is produced by Michael “Elvis” Baskette and is now available for pre-order at https://smarturl.it/WalkTheSky.

Alter Bridge will be heading out on their first worldwide tour in over 2 years starting on September 19th. The band will play 2 headline shows in Raleigh, NC on September 19th and North Myrtle Beach, SC on September 21st before starting the VICTORIOUS SKY TOUR on September 22nd in Baltimore, MD.  The VICTORIOUS SKY TOUR will take the band throughout the United States co-headlining alongside Skillet with special guest Dirty Honey opening. The European headline tour billed as the WALK THE SKY TOUR is scheduled for November and December and will feature Shinedown, Sevendust and The Raven Age. The band has also been announced as part of the inaugural Exit 111 festival in October and as a headliner of the sold-out 2020 sailing of Shiprocked. Ticket information for all shows can be found at: https://alterbridge.com.