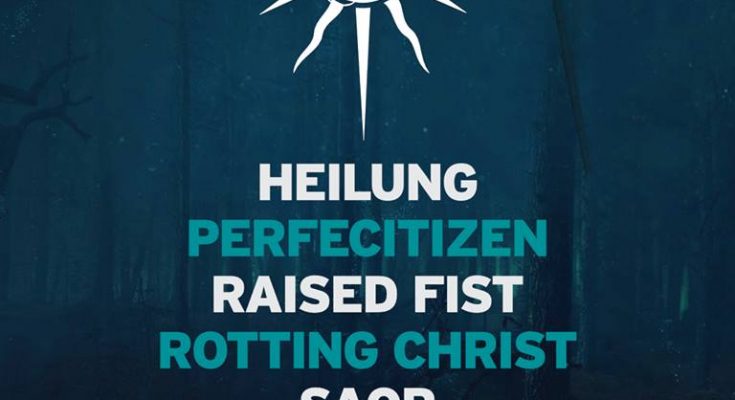 Since the presale has started on Sep 1, 2019 we would like to come with another round of bands confirmed for Brutal Assault 2019! The first band does not need any special introduction: Greek gothic black metal matadors ROTTING CHRIST are coming back to BA once again to make fortress walls vibrate with In Domine Sathana and other Satanic hymns.

High-octane bulldozer WOLFBRIGADE must please everybody whose heart beats in the rhythm of d-beat. Swedish crust gunfire is returning to BA after three years and this time with a weaponry called Run With The Hunted (2017). RAISED FIST – one of the Sweden’s longest-running yet most vital acts in the hardcore scene – will destroy the crowd under the stage with their highly explosive mix of hardcore and metal.

British squad UNFATHOMABLE RUINATION is about masterful riffcraft, unfuckwithable sound, guttural howls, almighty storm of riffy and blast beats. If you look for technical death metal, this band leaves no room for argument. Talking about blast beasts, we are about to welcome Czech psychotic blastcore / death-grind PERFECITIZEN.