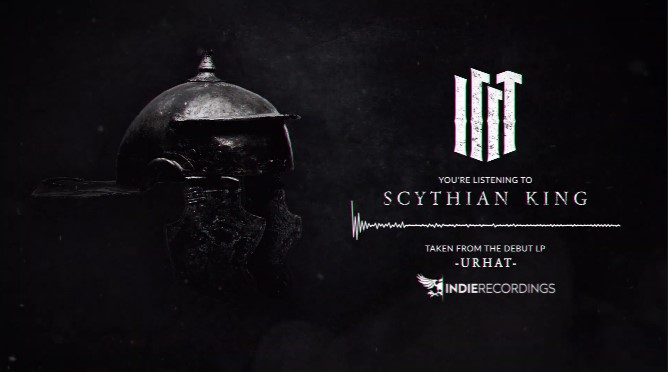 Get ready for some raw and mind-blowing extreme metal illustrating the ugliness of this world in the upcoming sonic masterpiece! ILLT drops their debut single titled “Scythian King”, and you can listen to it here:  https://orcd.co/scythianking

ILLT is the alter ego of Norwegian composer and guitarist Roy Westad. It’s an uncompromising sandbox and a culmination of decades of passion and love for extreme metal as an art form. His debut album features session musicians from Megadeth, Soilwork, Chrome Division and Nile. The album was mixed by Kurt Ballou at Godcity and mastered by Grammy-winning engineer Alan Douches.

«Scythian King is about warfare in the dark ages (the previous period, not the one we’re heading into now), and how man’s intolerance, fear, constant all-consuming greed and self-interest has brutally shaped the world over thousands of years. I had great fun writing a song with swords in it without actually having to pose with one.»

Roy Westad started out as a guitarist before establishing himself as a film composer back in 2008. Since then, he has been involved in countless film and TV projects, and received the Norwegian Emmy for Best Original Score in 2014. But he always held extreme metal close to his heart. In some ways, things are now coming full circle. His background as a guitarist helped form his style as a film composer, and his film scoring career has helped in developing the form of ILLT.

Now he’s ready to unleash his debut «Urhat» (meaning something like «ancient hate» in Norwegian) on the world, and with him on the album he has Dirk Verbeuren on drums, Speed Strid on vocals, as well as lead guitarists Karl Sanders and Mr.Damage. The album is set for release early fall 2021, and is an eclectic yet seamless blend of groovy and blackened death/thrash/doom/rock. Brutal yet melodic, modern yet raw.

«I have a pretty schizophrenic taste in music, I’m quickly bored, and I hate rules and boundaries. This album was written by pure instinct on my own terms, and the result is a genre-defying and emotional ride through intense riff-based metal.»

The lyrical themes are centered around anger, hopelessness and contempt for the human race, and deal with the darkest sides of religion, politics and de-evolution.