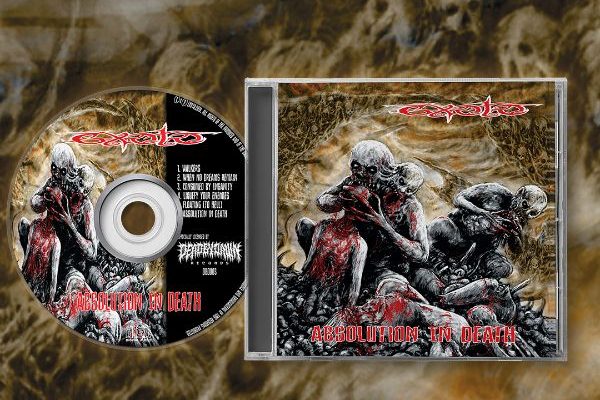 After 30 years the Belgian death metal legends, Exoto, recorded their new EP, Absolution in Death. They kept their old school sound but put some new interesting ingredients in it as well. The full EP is streaming right here:

Frontman Chris dedicated their track “Floating (To Hell)” to Brett Hoffman(R.I.P.), former vocalist of Malevolent Creation. Over the years they have been great friends and Chris organized some charity shows so he could send money to him and his family to help. This track is about the love canal in New York.

Other lyrical themes include death and anti-religion.