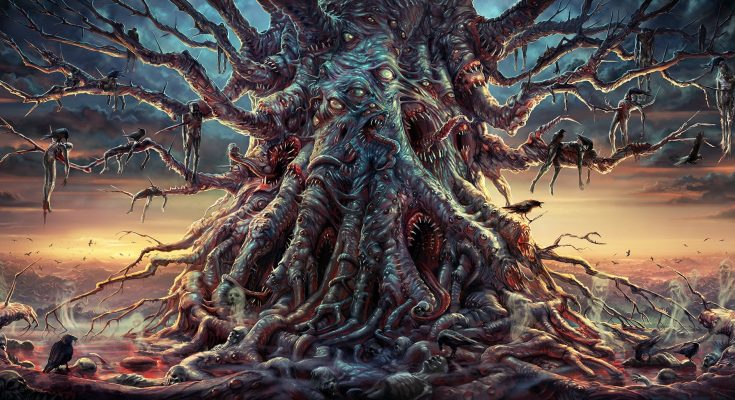 Everlasting Spew Records is honored to welcome Melbourne based Brutal Death Metal band Revulsed into the roster! Expect a NEW album from the aussies released by the end of the year as the guys are currently in the writing/production process to shape their most brutal, monstrous and tighter recording ever. Jayson Sherlock about the upcoming release:

“We are working hard on new material for the followup album to Infernal Atrocity. We feel the music we have so far is a lot more savage than the previous outing. We guarantee the new songs will stay with you, as we love writing memorable music filled with hooky riffs, never compromising on brutality. The slaughter is coming. Also, we are super proud to be working with Everlasting Spew Records on this new release!”

Combined to this, together with the band, we wanted to offer the fans the highly requested VINYL edition for their critically acclaimed debut “Infernal Atrocity” released back in 2015. Graced by an astonishing cover art by Pär Olofsson and featuring Konstantin Lühring (Despondency/ex Defeated Sanity) on vocals, “Infernal Atrocity” will be released this spring in a mouth watering gatefold sleeve and a limited colored version.