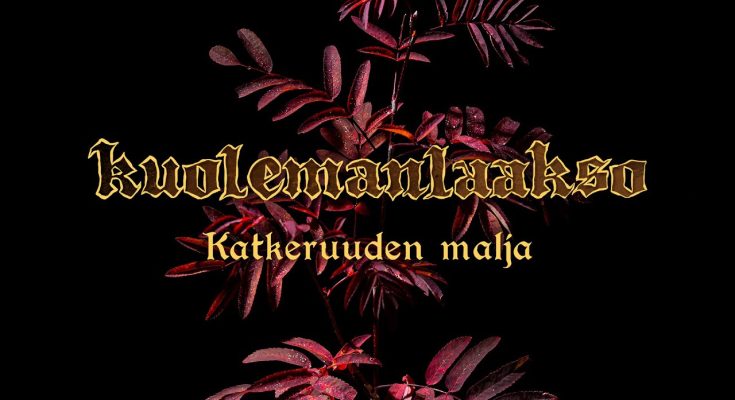 The Finnish death doom spearhead Kuolemanlaakso, starring vocalist Mikko Kotamäki (Swallow the Sun), are about to release their first album in eight years. The band’s third full-length Kuusumu was co-produced, mixed, mastered and engineered by the Triptykon and Dark Fortress guitarist V. Santura, with whom the band has worked with on all of their releases. Kuusumu will be released in 2022 via Svart Records.

“The recording break stretched unforgivably long, but in doom there’s no rush. It was great to get back to business with the guys and have the opportunity to invite a couple of old friends to help us out, too. Kuusumu’s keyboards were produced and co-arranged by Aleksi Munter (Swallow the Sun, Insomnium, Ghost Brigade), and Lotta Ruutiainen (Luna Kills) did some amazing singing on a couple of tracks. In my humble opinion we took many steps forward on Kuusumu”, says guitarist-songwriter Laakso.

Kuusumu‘s texts are loosely based on the sudden global cooling that began in 535, leading to a 10-year long winter, loss of crops, famine and mass deaths of cattle and other animals. The climate change was most likely caused by massive volcanic eruptions, the fog of which darkened the sun for 1,5 years, causing loss of light and intolerable coldness. Moreover, the bubonic plague that began in the Byzantine Empire in 541 swept across Europe, killing tens of millions of people during the climate crisis.

“I see our previous releases as autumn albums, so this time we decided to make a winter album. I came across some literature about the catastrophic events by chance, and got immensely inspired by them – especially the contemporary writings of the 530–540 era. It didn’t take long for me to write the album after that. It’s spine-chilling to ponder that a deadly climate change and a pandemic raged also 1,500 years ago when medical knowledge, information flow and living conditions were in their infancy. And there was no electricity, of course. People thought that they have angered the gods and the darkness will last forever,” says Laakso.

On Kuusumu, Kuolemanlaakso stretch their artistic boundaries even further. The album contains the trademark Kuolemanlaakso heaviness, but also more bombastic, fast and meticulously arranged material. The first single Katkeruuden malja, featuring Lotta Ruutiainen, represents the catchier and lighter side of the album.

“Katkeruuden malja draws its inspiration from grief and misery. Musically it’s almost tripping in the landscapes of recent day Tribulation, but with melancholic and Kalevala-infused melodic influences, that sound very Finnish to me. The music video sort of mixes and matches the frost theme of the album with the color palette of the cover artwork,” states Laakso.

Kuusumu will be released on March 4th 2022 on CD and July 29th on LP, and they can be pre-ordered via the Svart webstore. The first digital single, Katkeruuden malja, is out via all digital service providers. The music video is, watchable right now on Svart YouTube channel:

The previous Kuolemanlaakso record Tulijoutsen (2014), reached the 10th place on Finland’s official album list and was selected as one of the best records of the year in numerous music publications, including Soundi, Rumba, Kaaoszine and Imperiumi.net. 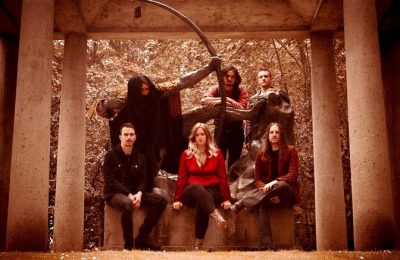