Home Black Metal Neckbreaker supremacy: Legion Of The Damned is back with a new video! 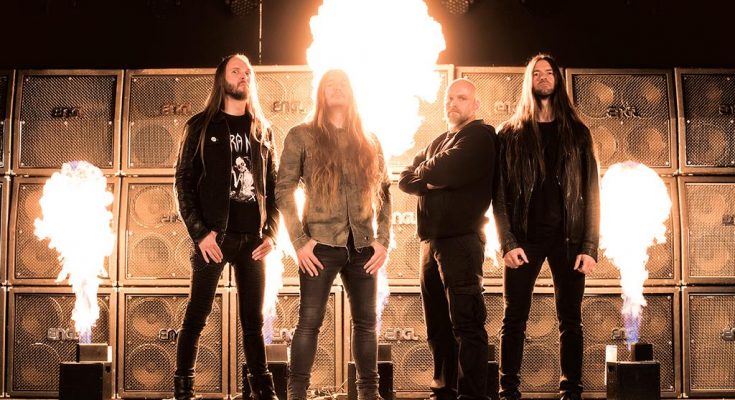 If there is a band that’ll break your neck from the sheer force of their music, it must be LEGION OF THE DAMNED!

Now the Dutch thrash/death/black outfit releases their second single off their upcoming album Slaves of the Shadow Realm – watch the video for the crushing “Slaves of the Southern Cross” right HERE! https://youtu.be/mOtb-m9zi-g

“Next to “Dark Coronation”, “Palace of Sin” and “Warhounds of Hades”, this is one of my favorite tracks on the album: “Slaves of the Southern Cross”, its heavy as hell and sometimes reminds me of Infernal Majesty, it has a great atmosphere and I cannot wait for the fans to sheer with me “Slaves of the Southern Cross”. For the video we rented the big hall of the Turbinenhalle in Oberhausen and kept it relative ‘simple’, spend the entire day in fire blasters and filmed the band that captures the essence of LEGION OF THE DAMNED: Aggressive and heavy!”

On January 4th 2019 the quartet will release their new album Slaves of the Shadow Realm via Napalm Records. This monster resembles a colossal, smooth and blackened monolith. Five years after the much-praised Ravenous Plague, the shredding legion returns with producer Andy Classen and presents an album that merges the unadulterated fury of the early LOTD years with the sophistication of a veteran band.