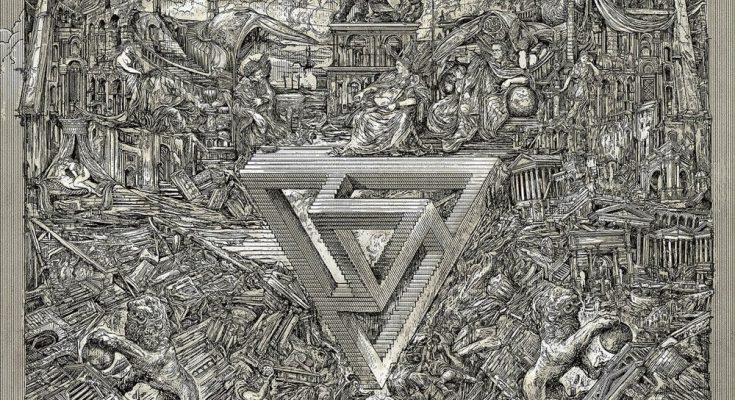 Vltimas is an international super group band featuring David Vincent, the former vocalist of Morbid Angel, guitarist “Blasphemer” Rune Eriksen (ex-Mayhem, Aura Noir) and Flo Mounier the drummer of Cryptopsy. Having two musicians who have composed and wrote material for the band’s first outing shows a solid coherency between all three individuals. There has been a lot of hype regarding the promotion of this band from Season of Mist and with all the excitement which have been created by media. I can say that Vltimas has brought some refreshing sonic waves into my ears.

Something Wicked Marches In is magnified by the chainsaw riffs and with the general flow which personifies this album as a modern death metal record. The aural value of this debut relies on the mutual understanding of the key members who manifest a valid chemistry between them. The professional level of writing was significantly amassed from contemporary minds. Vltimas sonic structure is vaunted by the personal abilities of Blasphemer and Flo Mounier. And with such powerful presentation Something Wicked Marches In will have an impact on the listener from the earth shattering blast beats, double bass and the compounds of the quasi riffs of death/black metal.

And before we get into the music I must say that Vltimas strength lays within the superb vocal sections. Those who have yearned for the return of David Vincent will hear every vocal technique and nuance. My personal experience is that his vocals somehow sounds different, but don’t let this small detail ruin your perspective about the whole album. Vltimas modernized sound is referred to the stylish models of death metal riffs which are splendidly installed on the album. And with massive drum capacity encrusting all nine tracks with excellent drum patterns.

Something Wicked Marches In begins mysteriously though the powerful flow, where the strength of the album is sustained with absolute dynamism that veers into mid tempo sections. The musical sense is set on high quality, guitarist Blasphemer who displays a variety of potent riffs also injects plenty of tremolo pickings. The embodiment of extreme brutality is registered with death metal sound as Praevalidus creeps in with catchy guitar riffs.

David Vincent masters his growls, Flo Mounier displays his talents through the powerful blast beats, Vltimas illustrates a dynamic shift from breakneck velocity accelerating into many fast moments. With excellent compositions which are mainly stuffed with chunky death metal riffs the tracks are also saturated with black metal riffage. Total Destroy is a straightforward track which burst with the fury and it’s executed by the means of skillfulness. The unique musicianship here is depicted like a triangle and this also explains the solid consistency of the tracks.

Monolith is a mid tempo track which begins with thick and potent guitar riffs and they are engrossed with technical abilities, with the drums being pondered with heaviness. In terms of variety Vltimas unifies both genres with impressive mixture of excellent ripping tremolos, with double bass given power to music. The creepy atmosphere is mainly produced by the guitars which emphasize on creating sinister and brutal tones. Vltimas music has some hints of Morbid Angel as well. Truth and Consequence is boasted with ferocity, as the track ventures into more extreme borders of death metal.

Now here comes one of their hidden masterwork tracks, after displaying a variety of musical style Last Ones Alive Win Nothing is one of their memorable tunes. David Vincent sounds like beats here, the track features some strange choral which darkens the atmosphere of this magnificent track. Beside the effect of the growls, Blasphemer’s guitar arrangements and talent shines with bizarre solos. The coherency between the drums and the guitars shows a consecutive framework. Something Wicked Marches In isn’t a fast album. It’s based on constructive riffs and shaped by pummeling drums, the blast beats are only executed when required. Most of the tracks have the same flow including the track Everlasting.

Diabolus Est Sanguis is exercised with fast battering drums, starting with heavy riffage and frenzy growls. This is more of an up tempo track focused on sharp tremolos and destructive double bass. With the final track Marching on David Vincent proves that he’s still one of the best death metal vocalist. Overall this is great mixture of black metal elements and the modern style of extreme metal. 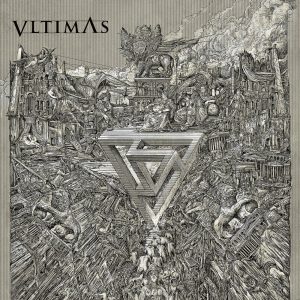