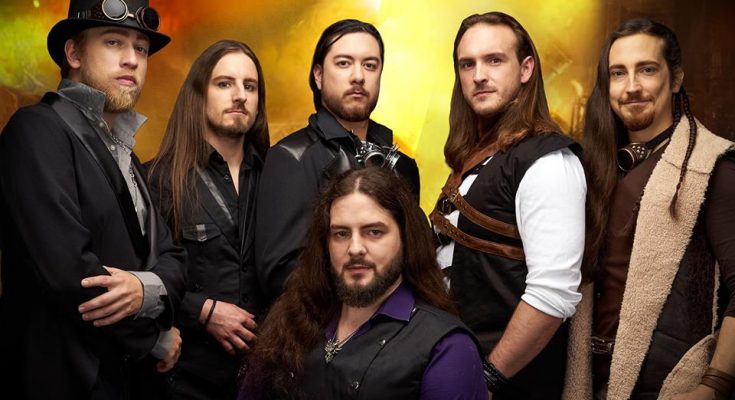 Dragony announce “Masters Of The Multiverse”

Limb Music is thrilled to announce that DRAGONY return with their third full-length album in the fall of 2018 after the great success of their sophomore outing “Shadowplay” and the Anniversary EP “Lords Of The Hunt”!

The new album entitled MASTERS OF THE MULTIVERSE will feature 10 brand new Epic Glory Metal tracks, as well as a bonus track on the physical CD release, inspired by the universes of many different beloved pop culture phenomena, ranging from fantasy literature over computer and video games to Anime, movies and TV.

“This album is a tribute to the heroes of our childhood and teenage days who inspired and entertained us throughout the years, and we can’t wait to share these new songs with you. We particularly would like to thank the contributors to our crowdfunding campaign last year – it is in no small part thanks to you that this album is possible!”

Guest appearances on the album include Tommy Johansson from Sabaton and ReinXeed, Ross Thompson from Van Canto, Nora Bendzko from Nightmarcher and Avem as well as Lukas Knoebl from Illuminata, who has once again provided some amazing orchestration after completing his studies in film scoring at the University of Southern California in L.A.!

The fantastic artwork was created by the amazing Dušan Markovic from Serbia, who was also responsible for the artwork to “Lords Of The Hunt”.

Tracklist
1. Flame of Tar Valon
2. If It Bleeds We Can Kill It
3. Grey Wardens
4. Defenders
5. Fallen Star
6. Angels On Neon Wings
7. Days of High Adventure
8. Evermore
9. The Iron Price
10. Eternia Eternal (The Masters Of The Multiverse)
11. The Touch (CD only Bonus Track)