Home Doom Metal The Heard brings you darkness with first single “Tower of Silence” from their upcoming debut album! 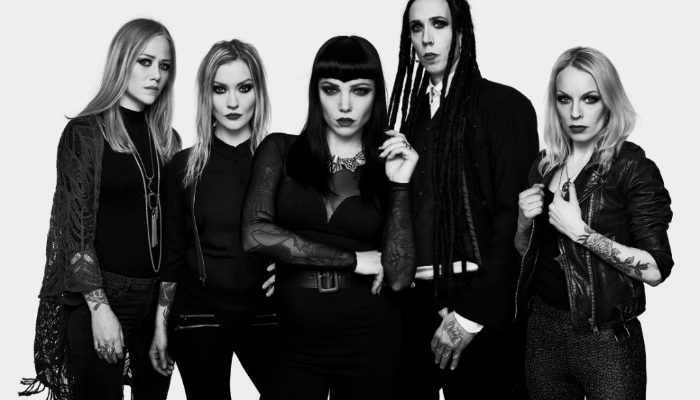 The Heard brings you darkness with first single “Tower of Silence” from their upcoming debut album!

The Heard was formed when Klara, Ida and Nicki wanted to keep playing music after their previous band Crucified Barbara called it quits in 2016. Together with Skinny Kangur from Deathstars and the singer and burlesque artist Pepper Potemkin they form the new band that has released two singles on their own. Now it’s confirmed that The Heard has signed a deal with Despotz Records.

The Heard is all about the joy of playing music but the sound is distorted and dark. The music is brought to life by all five members through shortcuts and detours with a vision about a place where reality and mystery meet, The Haunted Island.

“The inspiration for this song comes from the very old Zoroastrism religion, where the Tower of Silence is a place where the dead were set to rest before they were buried.” // The Heard.

Their debut album The Island will be released Nov. 2 via Despotz Records worldwide.