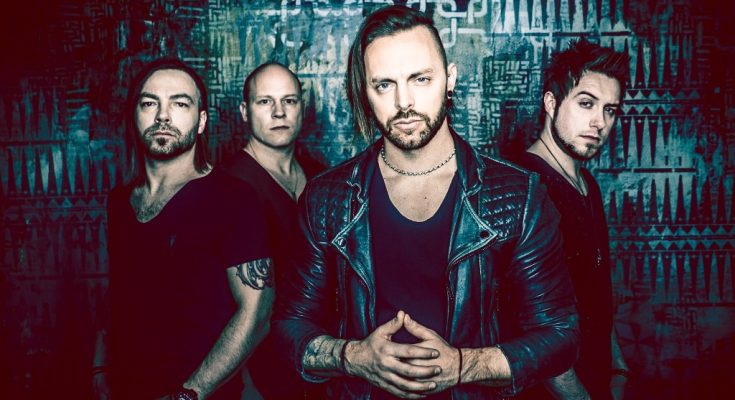 Bullet For My Valentine announce new album ‘Gravity’ with a first single!

BULLET FOR MY VALENTINE will release their new opus, ‘Gravity’, on June 29th, 2018. ‘Gravity’ marks BFMV’s first album release under the Search and Destroy/Spinefarm Records banner, and aptly sees the band rewriting their own future – finding new ways to invent heavy noise and remaining unshackled by the legacy that comes with being masters of their trade. They also treated us with a first single of the upcoming release, called ‘Over It’:

The four musicians have stretched their creative wings like never before, delicately balancing film-score electronica and icy synths in their trademark hellfire of hard rock. With drummer Jason Bowld joining founding members, singer/guitarist Matt Tuckand fellow axeman Michael ‘Padge’ Paget, plus bassist Jamie Mathias, part of the Bullet story since 2015, this is a band reborn.

BFMV will be touring with fiery dedication as they hit the US throughout April, May and June, before playing second to headline on the Friday of Download (UK) Festival – their first home-turf festival performance in five whole years. The band will then headline European summer festivals and venues before travelling to Japan for the Summersonic event.

For a full list of announced dates please visit www.facebook.com/BulletForMyValentine

Further shows, taking BFMV to the end of the year, will be announced soon.